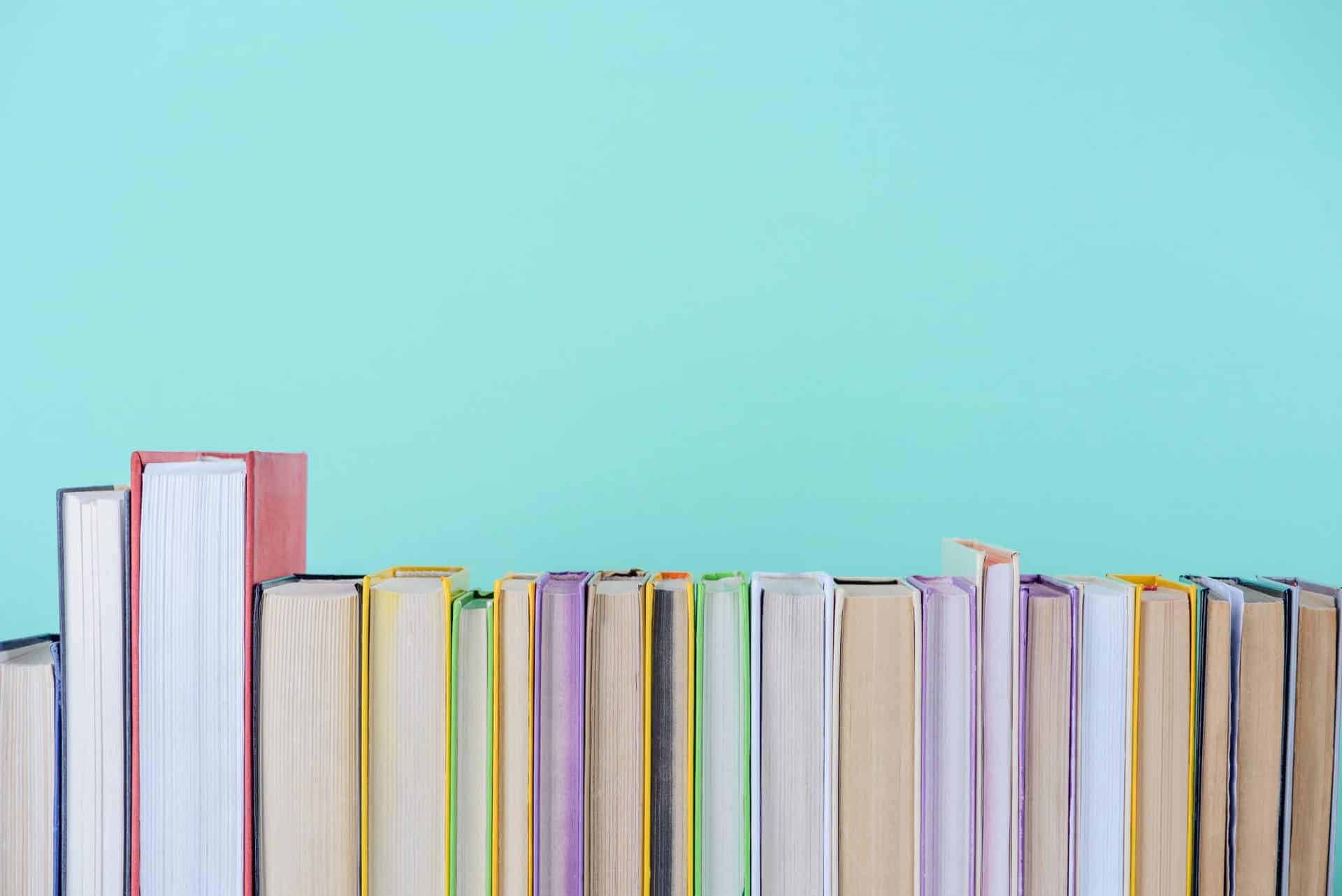 You know what I love about the English language? I love the way a single word can have many meanings depending on what part of speech it is and the context in which it’s used. For example, when snappy dressers think about style, I imagine they envision the latest fashion in clothing and accessories. As a writer, I hear the word “style,” and my first thought is AP, MLA, Chicago, APA or some custom house style incorporating bits and pieces of all the others.

While I’d love to dissect the latest styles in fashion (maybe tomorrow?), today we’ll be focusing on the latter – specifically, the different styles of writing that exist.

What are the Different Styles of Writing?

There are probably as many different styles of writing as there are different kinds of writers. They include rhetorical modes, style guide styles, custom house styles and intrinsic writing styles.

In college, I had a class called Rhetorical Writing. I had no idea what “rhetorical writing” meant, but I knew I’d get to write, and I loved to write. I soon learned that rhetoric is the study of writing, and rhetorical modes are types of writing. There are many modes/types of writing, but I’m going to focus on the four main types: expository, descriptive, persuasive, and narrative. 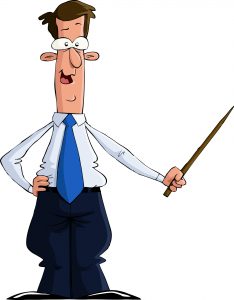 The first writing example is a press release posted on the CDC website. It’s a factual statement the agency released to the public to clarify its previous explanation of how the coronavirus is transmitted.

“The primary and most important mode of transmission for COVID-19 is through close contact from person-to-person. Based on data from lab studies on COVID-19 and what we know about similar respiratory diseases, it may be possible that a person can get COVID-19 by touching a surface or object that has the virus on it and then touching their own mouth, nose, or possibly their eyes, but this isn’t thought to be the main way the virus spreads.”

My second writing example is from an instructional guide for making homemade cloth masks from Healthline.com that provides step-by-step instructions for construction face masks and explains why we should wear masks in public.

“A face mask isn’t intended to protect you, the wearer. Instead, the purpose of wearing a face covering, according to the CDC, is to protect the people around you. That’s because you may have the disease, but aren’t showing symptoms.” 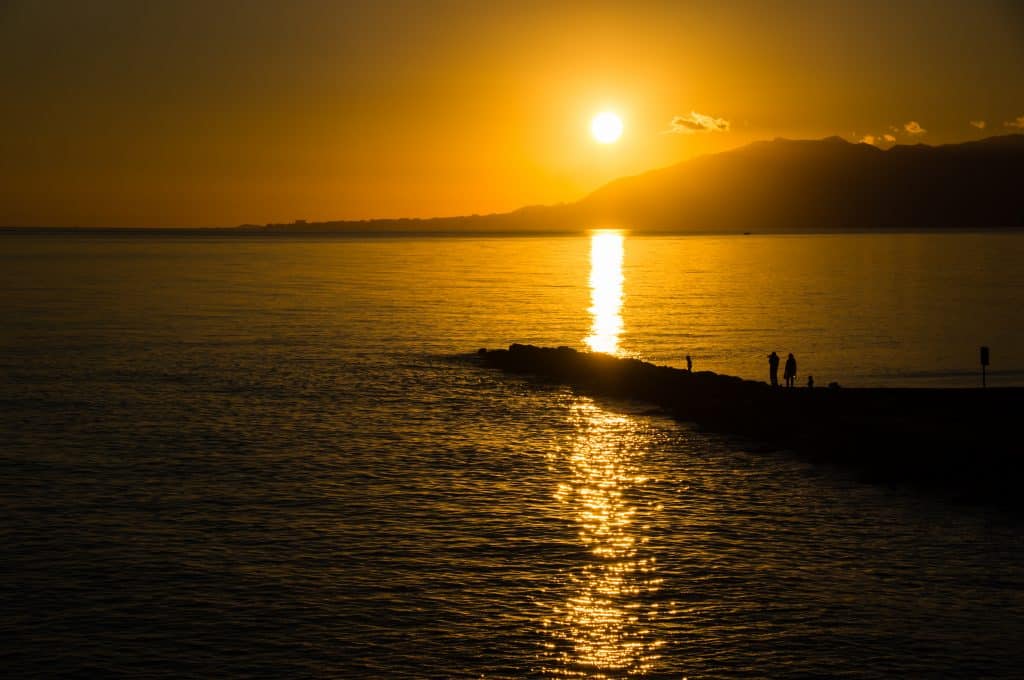 Description is a powerful tool for all writers. It describes people, places and things using details that appeal to our senses to paint a picture in readers’ minds. Vivid sensory details help readers see, smell, taste, touch and hear what is expressed in the text. Descriptive writing is a style that often uses similes and metaphors.

“The Quality of Silence” by Rosamund Lupton shows an excellent use of simile to compare Alaska cold to England cold:

“It’s FREEZING cold; like the air is made of broken glass. Our English cold is all roly-poly snowmen and ‘woo-hoo! it’s a snow day!’ a hey-there friendly kind of cold. But this cold is mean.”

The similes, “like the air is made of broken glass” and “English cold is all roly-poly snowmen,” do a wonderful job helping the reader feel the hard, mean cold of Alaska compared to the soft, gentle cold of the character’s English home. 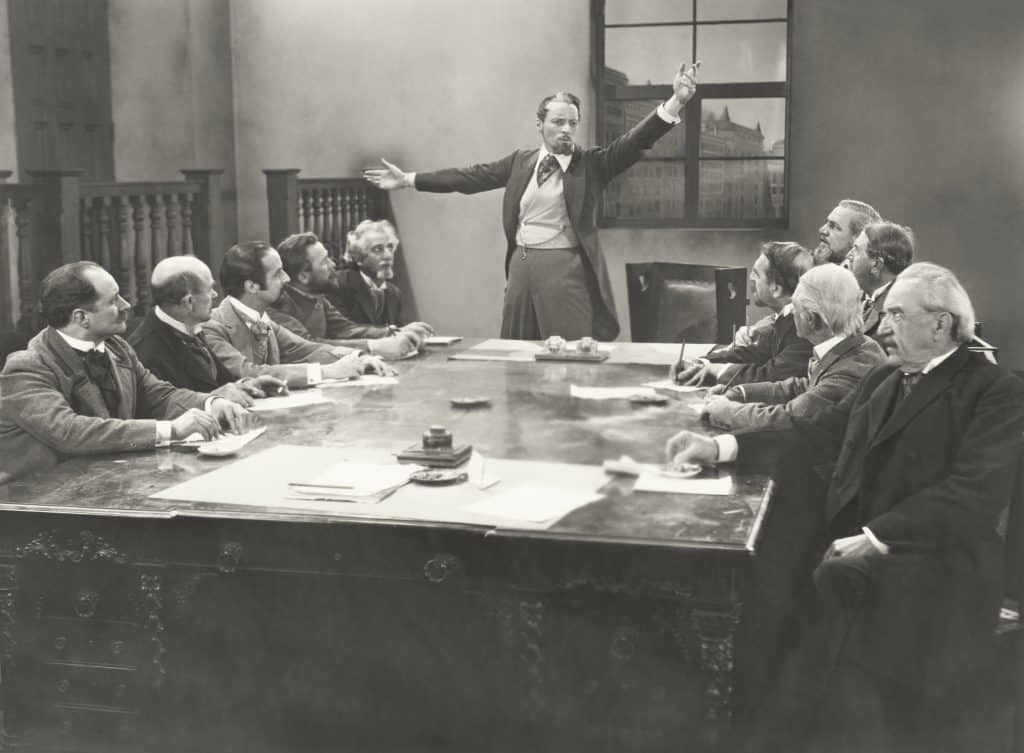 In persuasive writing, the author is trying to convince the reader of something. Persuasive writing isn’t an opinion, though the writer may hold an opinion on the subject matter. Opinion papers are all about the author and why they feel the way they do, while persuasion is all about the reader and what it will take to change their minds about the topic. For instance, an opinion paper might be about why someone loves their cat. A persuasive paper, on the other hand, might be about why someone should get a cat.

One of my favorite examples of persuasive writing is from Susan B. Anthony’s speech, “Women’s Rights to the Suffrage.”

“Webster, Worcester and Bouvier all define a citizen to be a person in the United States, entitled to vote and hold office. The only question left to be settled now is: Are women persons? And I hardly believe any of our opponents will have the hardihood to say they are not. Being persons, then, women are citizens; and no State has a right to make any law, or to enforce any old law, that shall abridge their privileges or immunities. Hence, every discrimination against women in the constitutions and laws of the several States is today null and void, precisely as in every one against Negroes.”

Anthony uses facts to persuade her audience that women have the same rights to vote as men. 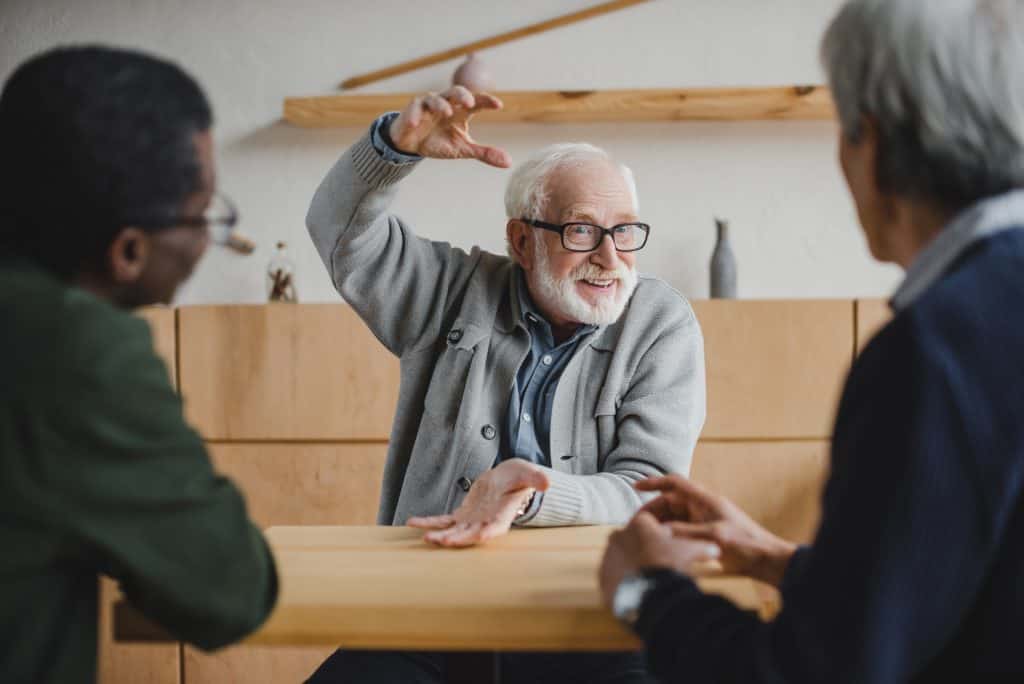 Narration is probably the most familiar writing style because it’s the kind of writing that tells a story. Narratives can be fiction or non-fiction with characters, conflict, plot, and setting, among other conventions. Narratives are a powerful way to make a point, especially in forms like biographical essays.

Two examples from “Notes of a Native Son” by James Baldwin illustrate the power of narrative writing.

“On the twenty-ninth of July, in 1943, my father died. On the same day, a few hours later, his last child was born. Over a month before this, while all our energies were concentrated in waiting for these events, there had been, in Detroit, one of the bloodiest race riots of the century. A few hours after my father’s funeral, while he lay in state in the undertaker’s chapel, a race riot broke out in Harlem. On the morning of the third of August, we drove my father to the graveyard through a wilderness of smashed plate glass.”

The concluding paragraph ties those themes together by comparing his father’s approach to racial injustice and Baldwin’s own approach.

“This fight begins, however, in the heart and it had now been laid to my charge to keep my own heart free of hatred and despair. This intimation made my heart heavy and, now that my father was irrecoverable, I wished that he had been beside me so that I could have searched his face for the answers which only the future would give me now.” 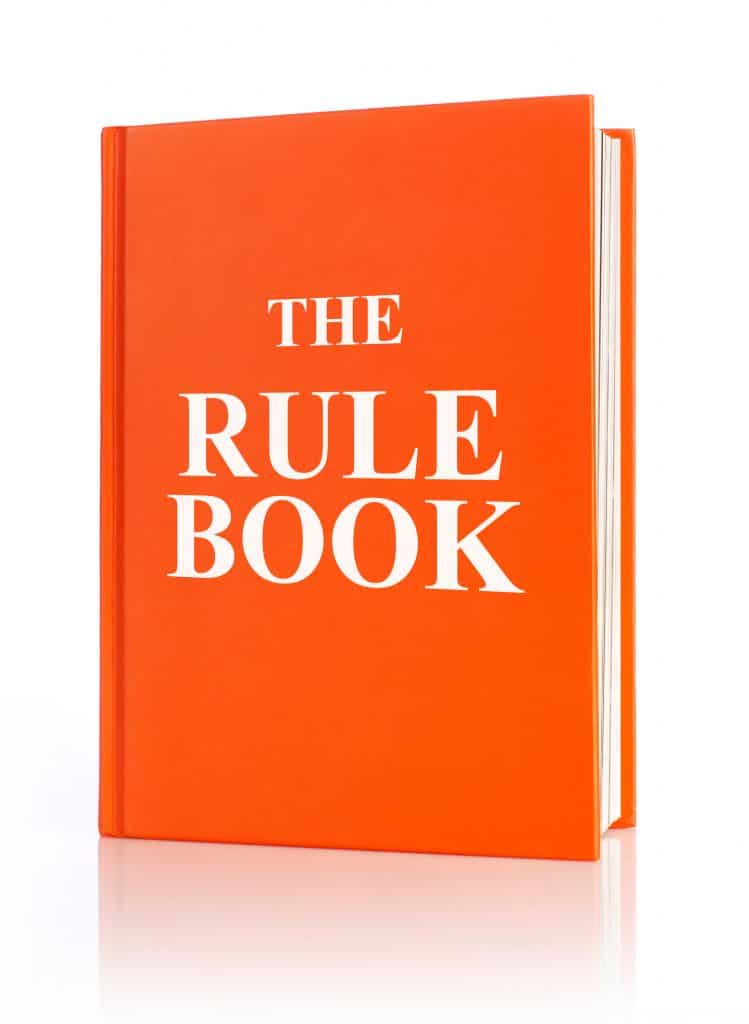 The Chicago Manual of Style (CMOS), published by the Chicago Press, is geared toward academic and commercial publishing. Chicago style writing covers grammar, spelling, punctuation and usage and includes guidelines for manuscript formatting. It also offers two methods for citing sources. Print versions are published every seven years with ongoing updates to online versions and through the Chicago Style Q&A. 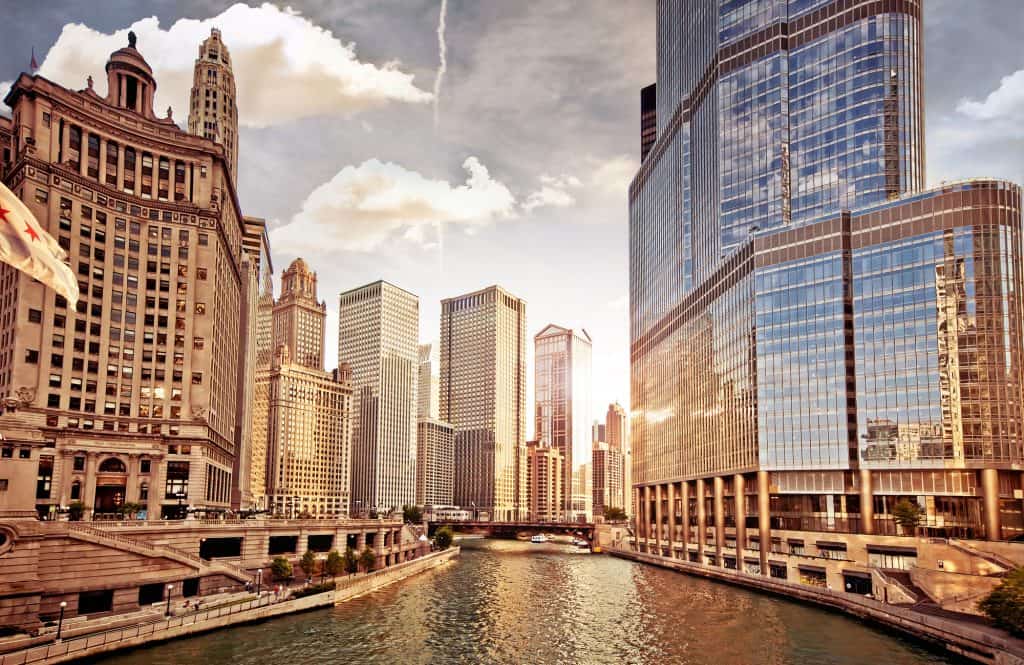 Primarily used in academic papers and journals, the MLA Handbook is published by the Modern Language Association. The handbook offers limited instruction on mechanics and no instructions on usage. Its focus is on formatting and citation in scholarly works in the humanities. Updates are published every three to five years, and questions are supported through Ask the MLA.

The American Psychological Association publishes the APA style guide, which is properly known as the Publication Manual of the American Psychological Association. APA style is common in scholarly publications in the social sciences, health care and the humanities. Updates of print versions appear approximately every 10 years, but updates and changes appear regularly in the APA Style Blog.

Think of custom house styles as the micro-breweries of the writing world. They all start with a similar base, then they supplement it with their own additional rules to customize the product (style guide) to specific needs or desires. A great example is how some companies and publishers want the Oxford comma and some do not. Either can be correct depending on the writing style guide used.

So far, our discussion has focused on style in terms of rules for writing; however, each writer has an intrinsic writing style. This is a natural, inherent style that cannot be learned but nonetheless characterizes his or her writing. While writing style guide rules are about what writers do in terms of spelling, grammar and punctuation, intrinsic writing styles are about how writer’s write. This style is evident in how they structure sentences and paragraphs, which words they choose to use and how they use these elements to convey their message. Intrinsic writing styles are how we can recognize an author simply by reading an excerpt of his or her writing. Can you identify the famous author of this excerpt?

“There was something in here with him, some awful thing the Overlook had saved for just such a chance as this. Maybe a huge spider that had burrowed down under the dead leaves, or a rat… or maybe the corpse of some little kid that had died here on the playground. Had that ever happened? At the far end of the concrete ring, Danny heard the stealthy crackle of dead leaves, as something came for him on its hands and knees.”

The word choice and creepy turn of phrase are the hallmark of horror writer Stephen King in “The Shining.” This is a great example of how different styles of writing can invoke different thoughts, feelings, imagery and emotions.

What Writing Styles Do You Prefer?

What are your thoughts on the many different styles of writing? Drop a line in the comments section to ask questions, share your ideas or add information to this topic.

Latest posts by Lisa Garnier (see all)
← Commonly Confused Words: Like vs. Such As Top 7 Content Plagiarism Tools for Web Page Writing →