Every year, 68 teams get together to put their hearts, souls, and darn near everything else they have on the line to battle it out for college basketball’s top prize. The entire nation seems to stop and hold its collective breath in awaiting the outcome. (Case in point: Fox Business projects that lost productivity due to March Madness cost employers $13.3 billion in 2019.) You can imagine how quickly that anticipation would turn to anger if, at the end of it all, the college hoops “powers that be” simply chose a winner from amongst the field.

That may not be the ideal way to resolve one of America’s greatest sporting contests, but such an outcome often occurs every day in Google searches. That coveted selection is known as “Position Zero” and is awarded with a featured snippet. Oftentimes the top seeds win it; other times a Cinderella may rise up to the top. Either way, it’s where you want your company’s SEO content writing to put you.

There was a time when the ultimate goal was to rank #1 in organic searches. While that remains a target you still want to shoot for, the evolving nature of Google has introduced a whole new prize to chase: the featured snippet. Snippets have been around since 2014, yet companies are only recently starting to optimize for them. Indeed, data shared by SearchEngineLand.com showed the number of search results that include featured snippets increased by 38.7% between 2014 and 2016.

So what are these snippets? They’re those featured results that are displayed before the organic search results (hence the name “position zero”). You’ve probably already noticed them without actually noticing it.

Say you do a search for “How Does an HVAC System Work?” This is what you first see when your search is completed:

Behold the Google featured snippet! As you can see, the featured snippet presents an exact answer to the search query. Users get the information that they’re searching for before even looking at the organic search results.

Does this mean that users who see a featured snippet will not still go on and view the search engine results page? No. Information compiled by Ahrefs shows that many will still go on the top-ranked URL. However, Ahrefs’ data also showed two distinct benefits of showing up in a featured snippet.

As you can see, those SERPs that have a featured snippet show that a percentage of clicks that normally would go to the top-ranked URL go instead to the featured snippet.

That is, of course, if the user chooses to click through at all. The second major benefit discovered by Ahrefs’ research was that users presented with a SERP that had a featured snippet utilized a lower number of clicks.

Thus, while earning a featured snippet doesn’t necessarily mean that you get to avoid going head-to-head with the top-ranked result, it does put you in a much better position to pull off the upset of stealing web traffic away from them.

Three types of featured snippets are recognized as being the most common:

The details of each are listed below.

The HVAC example shown above is a paragraph snippet. This is by far the most common type (comprising almost 82% of all snippets, according to Getstat.com). They present a literal “snippet” of your content in a paragraph-type answer to the search query.

List snippets are typically generated when your content includes instructions or chronological lists. Don’t worry if the entire list isn’t included with the snippet; you’ll notice it contains a prompt (“More items…”) that directs the user back to your site.

Finally, when your snipped content contains comparison tables, Google will often format it in a table snippet.

You’ll notice some common elements in featured snippets. Many also display an image. Interestingly, if you earn a featured snippet, the image that displays alongside it may not even be from your site; Google may simply link it to an image that matches the snippet’s content.

Also, every snippet is accompanied by a link to its source. While users may find the answers they’re searching for within the snippet itself, statistics shared by Moz.com show that featuring in the snippet increases your click-through rate by as much as 6%.

So now that you understand exactly what a featured snippet is, the trick becomes optimizing your online content so that your company can rank for it. The approach in doing so is much the same that is taken by those teams preparing to battle in March Madness.

Shoot for a High Seed

In college basketball’s national championship tournament, seeding is everything. You could say the same thing about ranking in Google’s featured snippets. Ahrefs’ research showed that 99.58% of all those companies that landed in featured snippets already ranked in the top 10 for their particular search criteria. Just as high seeds in the tournament have an easier path to the final, so does well-ranked content in its quest to secure a snippet.

Yet despite the advantages highly ranked teams earn heading into March Madness, only once have all four top seeds ever made it to the Final Four. (If nothing else, you should remember this information when filling out your bracket.) Top-ranked sites often suffer a similar fate; Ahrefs shows that when a snippet is generated, only 30.9% come from the #1-ranked result in the SERP. The same study shows that success in earning a snippet is spread out as follows:

So, yes, even those Cinderella sites have a chance at landing within a coveted snippet.

Draw Up Plays That Pay Off

Your chances of landing an organic search ranking that will put you in a good position to show up in a featured snippet depend on the same principle that nearly all digital content marketing strategies do: creating good content. Yet if you’re willing to put in the work in the preparation stages, you can ensure that your content will be ready to perform at its peak come game time.

Making your content more “snippable” requires understanding what your customers are looking for. Much the same way that you would when identifying which keywords to use, you should take to Google and find those words and phrases most often utilized by potential customers. Current featured snippets in your space can assist with this. You’ll notice that below each snippet is the following:

These “People also ask” sections show you the very elements that people are using in their queries. Following them will lead you to new SERPs that will yield even more potential keywords and phrases to incorporate into your content.

With this information, you can then utilize online keyword research resources to find the exact snippets that Google is searching for. Tools like Serpstat allow you to search on elements such as links, keywords and domains to see what currently ranks highest in your space. Once you’ve found them, you can expand the results to seek which featured snippets are currently ranking in your industry. This shows you exactly how to structure your content to increase your chances of landing in a snippet.

With your game plan in place, you’re now ready to create content that will get you closer to landing that sought-after spot in Position Zero. Here are three quick tips to help optimize your content for that purpose.

1. Know Which Keywords Prompt Which Snippets

Researchers for Semrush.com did an analysis of over 80 million keywords to determine if there were trends witnessed in how certain keywords drove the creation of featured snippets. Specifically, they examined how structuring keywords into questions, prepositions and comparisons affected which (if any) snippets were generated. Their efforts yielded the following results:

The use of words commonly associated with questions (e.g., why, are, will, does, etc.) generated paragraph snippets in an overwhelming percentage of cases.

The only exception to this trend was with the word “How,” which tended to generate more list responses.

Lastly, it was observed that comparisons (more specifically, price comparisons) had a greater tendency to result in table snippets.

As a result of this research, it is recommended that you do the following:

According to Neil Patel, utilizing high-quality video can turn the odds of ranking for a featured snippet in your favor. Google employs a special video snippet category for ranking material. You can see an example of this below:

Including “how to” video tutorials in your content is the first step to landing a video snippet. The second is to either optimize your video descriptions with keywords and search phrases, or include a transcript of your video on your site.

Another specialty snippet is the Local 3-Pack. These are generated when search terms are matched with geographic locaters. An example is “Plumbers in Denver.”

Keeping your Google+ account updated (and encouraging customers to post reviews on it) can increase your chances of landing in the Local Pack. Linking to other sites in your area and cultivating a strong social media presence can also help.

Wait, what? Why would your company need a Wikipedia page if you already have your business’ service portfolio and historical information on your site? Well, consider that according to Ahrefs’ research, no website comes close to matching Wikipedia’s presence in the featured snippet space.

Few view Wikipedia as a potential marketing tool, yet these statistics show just how powerful having your own page can be.

You Can Do It

As you enjoy each year’s college basketball tournament, think about your company’s own place within the daily Google Search Big Dance. Regardless of whether you’re a perennial power in your space or an upstart underdog, ranking in Google’s featured snippets is within your grasp. If you’re looking for a coach to help put you in position to win it all (again and again), BKA Content is here to help. 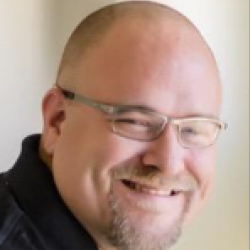 Seth Saunders
Seth Saunders is an SEO Writer for BKA Content. He also works as a professional data analyst specializing in data mining and visualization.