6 Reasons You’re Not Using Snapchat But Should Be

If you’re like many other marketers, you’ve probably heard of Snapchat content and dismissed it as a teenage trend that’s enjoying ten seconds of fame. Unfortunately, the preconceived notions that prevent marketers from embracing and utilizing the full power of this social media platform are often simple misunderstandings. Although, you may now consider that fortunate, since you’re about to have your eyes opened about ways to propel yourself ahead of the competition via the phenomenon that is Snapchat.

1. Snapchat Is for Teenagers

Many marketers disregard Snapchat as a social system for an immature audience, but this only captures a portion of subscribers’ demographics. In fact, the U.S. Census reports that over 60% of smartphone users who are between 13 and 34 years old have also downloaded Snapchat.

While the lower end of that percentage might support the claim that the app targets a younger audience, there are also obviously plenty of grown-ups sending videos and, more importantly, viewing them.

The fact that snaps only exist for 24 hours is a turn-off for some marketers because they don’t want to put a lot of time into something so temporary, yet the truth is that most businesses do this all the time. Have you ever had a sale? Released a short-term promotion? Launched a new product? You’ve most likely done all of these and more that required content marketing that was only relevant for a limited amount of time. This is an important function in the business world and Snapchat has proven to be a great platform for quick, temporary promotions.

Previous versions of the app only allowed snaps to be viewed once before they self-destructed, but updates have made it possible to view them again as well as save them to your phone. Even before this change, businesses got creative with their content strategy and used the feature to their advantage. A New York frozen yogurt chain released a coupon code for a “Snappy New Year” that had to be shown to the cashier during the ten seconds it was viewed. This clever form of advertising meant that customers would come in, open the snap and show the cashier a code for either 100%, 50%, or 16% off. This way, users didn’t let the coupon amount determine whether or not they came in; they had to come in to find out what it was. Marketing promotions like this take something traditionally seen as frustrating and make it benefit the company.

4. No Way to Search for Users

Unlike Facebook, Twitter and other platforms, Snapchat only allows you to connect with users if you know their handle and there is no live feed feature to see what your friends are looking at. Despite these facts, there are still ways to find followers in your target demographics. A number of apps, including AddMeSnaps, Ghostcodes and Snapchat Directory, allow you to search for users by location and age. There are also directories that can help you find other industry professionals you’d like to connect with, as well as options for searching out celebrities. If you think this all sounds like too much work, realize that there are many companies (Mountain Dew, Amazon, Hollister, etc.) who have adopted these approaches and garnered thousands to millions of followers in this growing market.

Again, the ten second clip time seems to throw a lot of marketers, but a little creativity will help you create dynamite snaps that attract customers and use the time slot to your advantage. There are so many ways to think outside the box and make Snapchat content work for you.

While this used to be the case, as of December 2015 Snapchats are able to be published on Facebook and Twitter. Despite this change, don’t underestimate the value of exclusivity. Users love the fact that the relatively new app is not as common as other platforms, making them feel more pride in their discovery. You can still choose to keep contests and other events exclusively on Snapchat and use your other social media outlets to promote those and direct followers to the app.

By now it should be clear that many of the presumed drawbacks can actually be benefits to your Snapchat content campaign. As new developments and updates emerge, it’s likely to become even more user-friendly and functional. Embrace something new and different and you’ll find that a little creativity can make a big difference in the social media world. 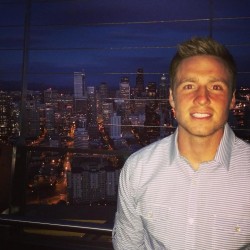