Why You May Lose Credibility If You Exaggerate in Writing 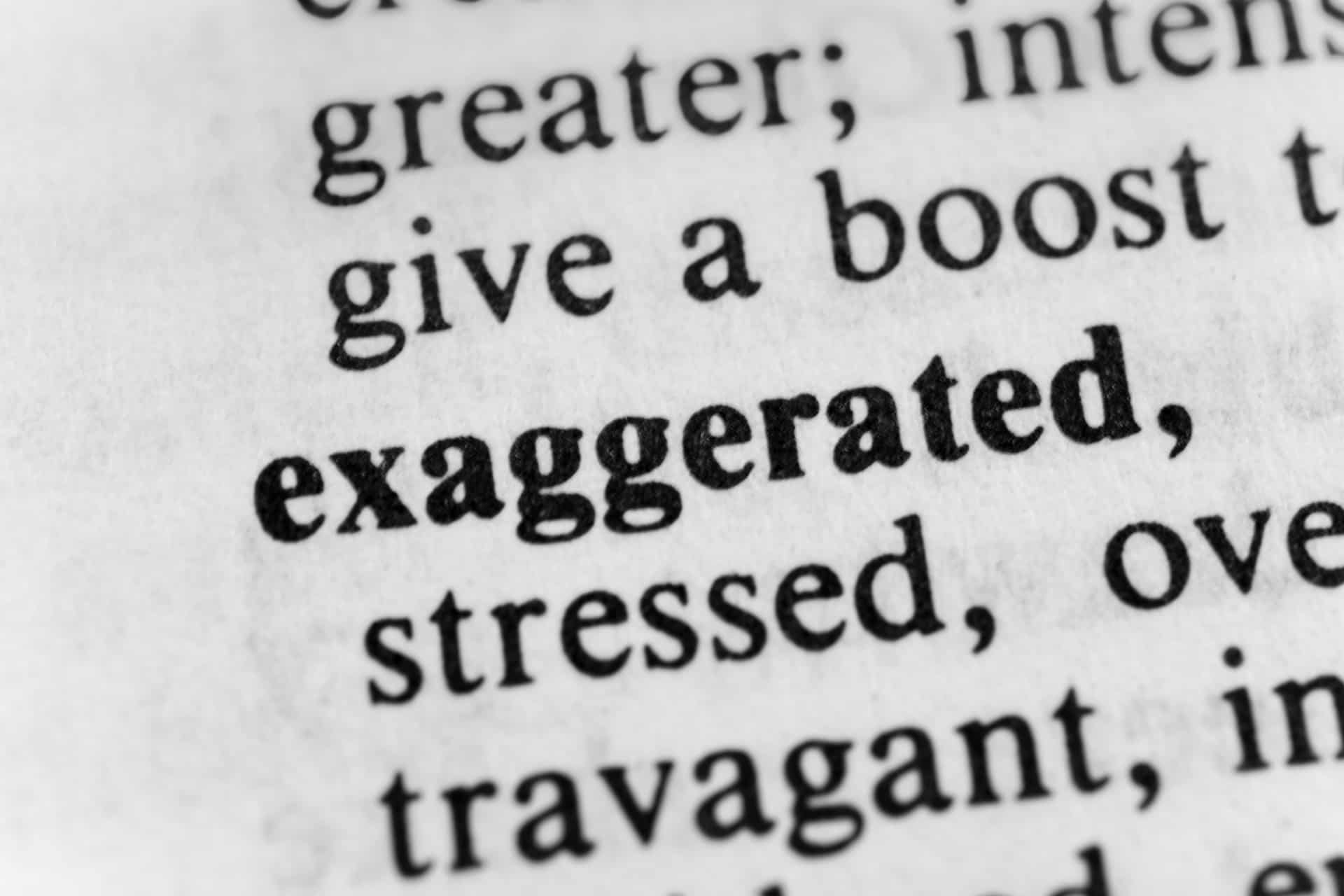 Why You May Lose Credibility If You Exaggerate in Writing

One of the things I love most about the show Hannibal is how it subtly uses visual exaggeration as a tool for character and story development. By adding touches of the fantastic to the canvas of reality, the viewer is slowly pulled under the show’s visceral spell. While this approach works perfectly for a work of fiction, an unnecessarily exaggerated writing style may chip away at your credibility and cause you to end up on Dr. Hannibal’s menu.

Make Sure Your Facts Are Factual

Before you substitute many for three, know that you might unintentionally overstate the facts to your readers in an attempt to avoid writing that puts readers to sleep. In this instance, it’s best to use few rather than many. No matter your audience, industry or intent with your writing, you owe it to yourself and your readers to be as accurate and factual as possible. It’s easier than ever to access information, and sites like Snopes are dedicated to disproving rumors and false information. Should you become known as someone who plays fast and loose with factual information, you’ll likely find that your blog, social media profile, business website and whatever else you use to connect to your audience starts to gather digital tumbleweeds.

The Use of “Literally”

Ah, the word literally. It’s one of my most abhorred words and probably will be until I stop reading or hearing it every 10 minutes, and that’s barely an exaggeration. If you have a tendency to pepper your writing with this oft-used misnomer, you may be accused of having an exaggerated writing style.

Before using literally, think about whether what you’re about to say is easily believable. If you say you were just about to call me, I find that easy to believe. There’s no need to say you were literally just about to call me, or that you were literally just five minutes late to work. If you were five minutes late because you got into a fight with breakdancing zombie ninjas, you would be 100 percent justified in using literally … and hopefully showing me pictures. For semantic scrutinizers like myself, the use of literally trips my mind up and makes me wonder if you’re being sincere with your words or just stretching the truth to exaggerate the situation.

Steer Clear of Generalities as Well as Overblown and Conclusory Statements

As you’re proofreading your writing, be sure to ask yourself if your words of wisdom contain generalities, inflated statements or statements that aren’t supported by the necessary evidence (such as pics of those breakdancing zombie ninjas). These three writing sins may give readers the impression that you’re a lazy writer. You’re better off with a straightforward writing style that doesn’t season the truth to make it read better.

When It’s Okay to Exaggerate Your Writing

Before you vow to never exaggerate your writing, know that there are times where a little embellishment is perfectly okay. For instance, tall tales are based on exaggeration, which is what makes them so entertaining and enthralling. Another situation in which you are free to let slip the dogs of exaggeration is when you’re being humorous or proving a point, as I did with the zombie ninjas.

To avoid an exaggerated writing style when creating SEO content, it’s best to take the reporter approach and give the reader the who, what, where, why, when and how. Feel free to share examples of grossly overinflated writing in the comments below.

Follow him
O'Brian Gunn
O'Brian Gunn has been freelance writing full-time since 2012. He also enjoys writing short stories, a few of which have been professionally published. When not wrangling words, O'Brian can be found feeding his music addiction, wrestling his muses, reading, enjoying comic books and re-experiencing the glory that is Battlestar Galactica.

Follow him
Latest posts by O'Brian Gunn (see all)
← Google Only Ranks Mobile Content in Search Index What Are Indefinite Pronouns? →