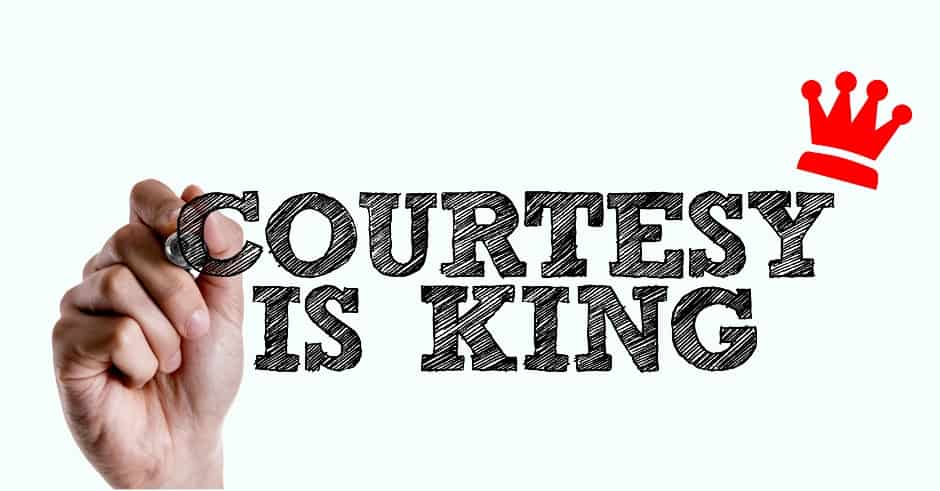 When I worked as a public school educator, students would address me, depending on their grade level, as Mr. Fung, Mr. Henry or Mr. F, that courtesy title Mr. being the lone essential constant. I understood it as a matter of respect and authority, without which the classroom dynamic would collapse. On that front, I would find myself in a predicament whenever a new female colleague would visit the classroom. There being a greater selection of courtesy titles for women than for men, referring to her by the wrong title could prove an egregious gaffe. Perhaps recognizing some of the precariousness in this arena, many of the major writing style guides have shifted positions on courtesy titles over the years. If you follow the Associated Press Stylebook, you can relax. The most up-to-date rules for courtesy titles in AP style are quite simple to follow.

Avoid Courtesy Titles in Most Cases

AP style guidelines sidestep potential pitfalls by directing against the use of courtesy titles in nearly all cases. On first reference to an individual, use both the first and last name of the person. Regardless of the person’s gender, do not use a courtesy title.

Philanthropist John Johnson was invited to deliver the keynote.

In subsequent references, refer to the individual by last name only.

If a person’s gender is not readily apparent, a personal pronoun in a subsequent reference will suffice to clarify.

Late to the party was Taylor Park. His spin class had run long, delaying his arrival.

When discussing multiple individuals with the same last name, such as a husband and wife, continue referring to them by first and last name wherever necessary to avoid confusion.

I asked how their evening went. Thomas Wayne thought it could have been worse. Martha Wayne disagreed.

When to Use Courtesy Titles

There are two situations where it is appropriate to use courtesy titles in AP style. First, when directly quoting material, retain any courtesy titles found in the original speech or text.

“We all wish Mr. Johnson a speedy recovery,” the committee responded.

Second, although the general rule is to avoid courtesy titles, respect for a woman’s preference supersedes that directive. If a woman specifically requests to be referred to as Mrs., Miss or Ms., use first and last name on initial reference, then use the courtesy title in subsequent references.

Among the honorees was Serena Smith. Ms. Smith was recognized for conceiving and planning the event.

Because the above only applies when a woman specifically requests one courtesy title or another, there should never be any guesswork required on your part.

Use Abbreviated Forms of Courtesy Titles

When courtesy titles are appropriate, use the abbreviated forms.

Note that Mr., Mrs. and Ms. all end in periods, but Miss does not.

This is one AP style rule that is wonderfully straightforward. If you still have questions about how to use courtesy titles in AP style, don’t be afraid to ask. We would love to hear from you via the comments form below!

Henry Fung is a freelance writer and blogger. When he is not earning his paycheck, he enjoys online debates over orthography and typography. He is much more mellow in person.