The 8 Parts of Speech

The 8 Parts of Speech

You probably began learning about the eight parts of speech in second grade. You learned that your big sister, Disney World, and the duckbilled platypus are all nouns, for example. The thing is, you’ve probably also forgotten much of what you learned in elementary school. Seriously, how many dinosaurs can you name? Because pint-sized you could rattle off a dozen theropods faster than present-day you can Google “What the heck’s a theropod?”

If the 8 parts of speech are currently occupying a dusty corner of your mind, right alongside the dilophosaurus, then this refresher is for you.

What Are the 8 Parts of Speech? 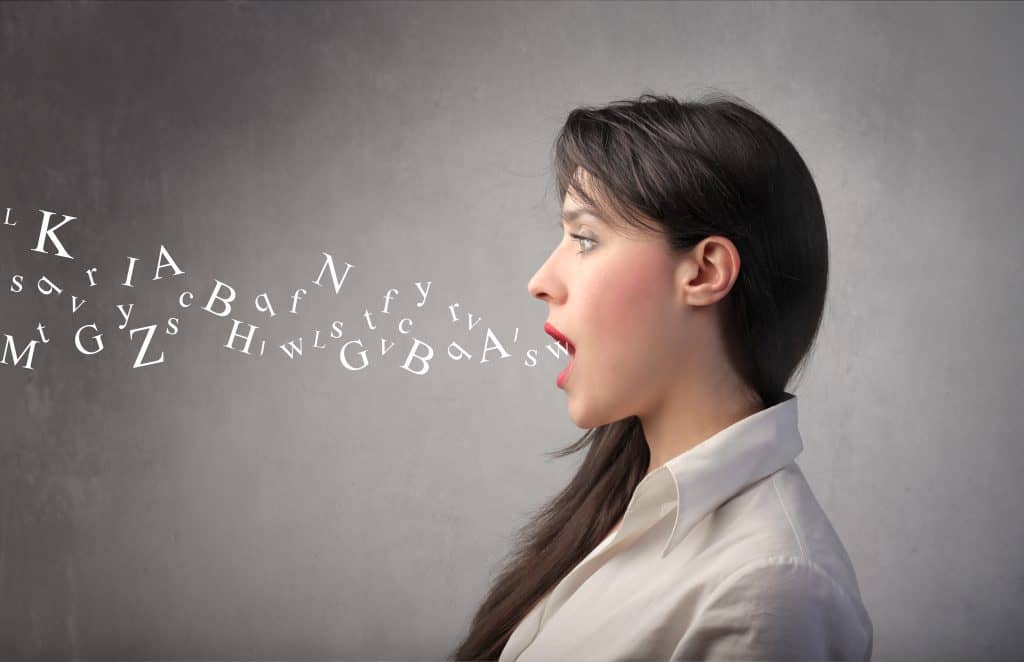 Adjectives modify nouns and pronouns. You probably know that they’re used to describe, but they can also quantify, identify, and limit.

Check out the examples of this part of speech:

In this example, nine quantifies tacos. It also limits the number of tacos — even if Brett knows no limits when it comes to portion control.

The disgruntled grandma threw snowballs at the teenagers next door.

Disgruntled describes the grandma who wants the kids to turn down the Cardi B already, for crying out loud.

Just like its cousin the adjective, adverbs are used to describe. The difference? Adverbs can modify verbs, adjectives, and even other adverbs. Oh, the power!

Here are some examples of this part of speech:

In this example, violently describes the verb phrase threw up. Gross.

The extremely disgruntled grandma threw snowballs at the teenagers next door.

Here, the adverb extremely describes the adjective disgruntled. Because Grandma, frankly, has had it.

Adverbs often end in –ly, but they don’t have to. In fact, adverbs can be phrases, too. Generally speaking, adverbs are expertly deployed to answer one of the following questions:

Conjunctions are used to connect words, phrases, and clauses in a sentence. Think of them like duct tape or that friend from high school who thought that if she joined every single club, she’d get into Princeton. (Hi, Emily!)

There are three types of conjunctions:

Let’s check out an example of each of these parts of speech:

JC and Justin were my favorite members of *NSYNC.

In this example, the coordinating conjunction and links JC and Justin, just as their shared love of bedazzled denim once did.

When he remembered that he can’t skate, Evan decided not to try out for the ice hockey team after all.

Neither Donna nor Kaitie could believe that their geometry professor used to play drums for The Snots.

In this example, nor is a correlative conjunction used to link Donna and Kaitie, which are both nouns.

Nouns are the granddaddy of the eight parts of speech. The boss. The Big Kahuna. The High Priestess of — well, you get it. You probably learned about these first, and you probably remember that a noun is a person, place, or thing. 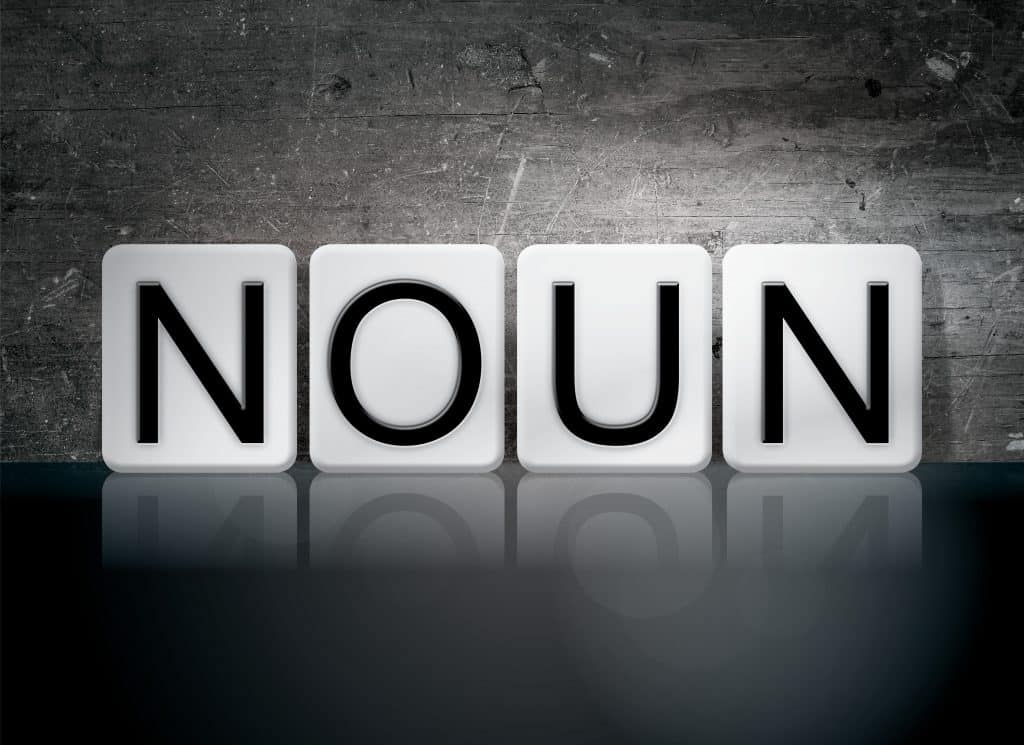 Here are three examples of nouns to use the next time you encounter a stranger on the street who demands that you help her complete some Mad Libs before you can pass:

Prepositions are used to hook up a noun or a pronoun with another word in the sentence. You might think of them like wingmen. Or not.

Either way, they’re never seen without an object. Check out this example to see a preposition and its object in action.

Maria dropped her phone in the toilet.

Here, the preposition in links the nouns phone and toilet. Toilet is the object of the preposition, and in the toilet is a prepositional phrase. (Ten points to Gryffindor if you just screamed, “And the is an adjective!”)

Other common prepositions include words/phrases such as the following:

Just as found footage is a subgenre of horror movies, pronouns are a subgenre of nouns — you know, but without all the grainy, black-and-white footage of little girl ghosts. Keeping the whole movie analogy going, you might think of a pronoun as a noun’s stand-in. Generally speaking, these parts of speech are used to avoid repetition.

Here’s a paragraph with zero pronouns:

Dean works out seven days a week. Dean’s training for a 5K and wants to be a famous knee model someday. Since Dean began his fitness regimen, Dean has lost 75 pounds. Dean’s modeling agency is very proud of Dean.

Here’s what happens when pronouns are plugged in:

My brother, Dean, works out seven days a week. He’s training for a 5K and wants to be a famous knee model someday. Since my brother began his fitness regimen, he has lost 75 pounds. His modeling agency is very proud of him.

The paragraph no longer sounds like it was written by robots. Score!

Back in the day, you probably learned that verbs express an action. If that’s all you learned, then your second-grade teacher was a big, fat liar. 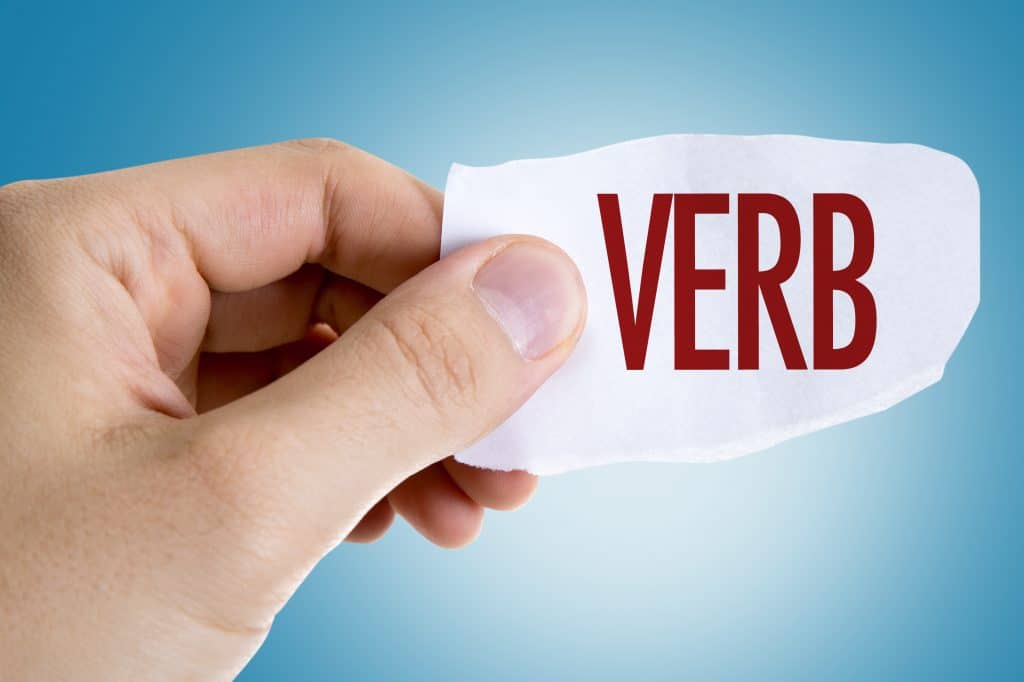 In addition to action verbs, such as screams or sneezed, verbs come in a handful of other useful varieties:

No matter what form it takes, the humble verb is a must-have – even if it’s irregular. In order to truly be a sentence, that sentence needs to include a verb.

Conclusion: The Eight Parts of Speech at a Glance

Real talk: There’s much, much more to the eight parts of speech. Each part of the 8 parts of speech can be broken down into myriad subclasses. (Okay, maybe not interjections.) If you have any tips for telling count nouns from mass nouns or remembering the most common prepositions, sound off in the comments below!

Follow me
Latest posts by Beth Sederstrom (see all)
← What Is A Style Guide? Main Elements of a Great Style Guide How Do You Write AP Style Legislative Titles? →