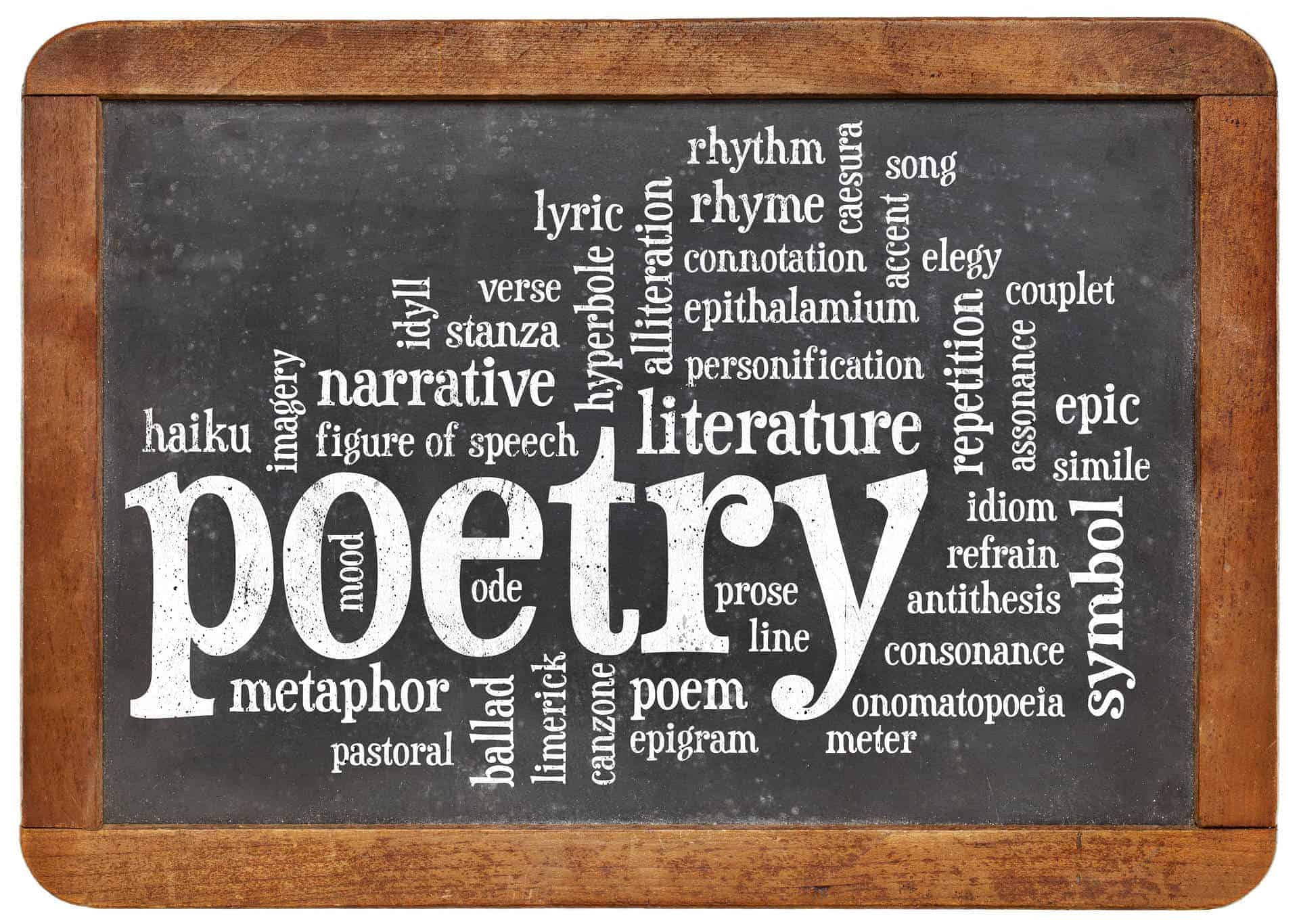 What are poetic devices? They are literary devices such as grammar, rhythm, structure that aid a poet in creating poetry. Poetic devices may enhance the timing and rhythm of the poem, the meaning of the words or the emotions felt by those reading it.

How Do Poetic Devices Work?

You can break things down into general categorical functions. Each device you’ll find or use in a poem probably serves at least one of these roles:

This article is not a complete poetic devices list, but it’s a good one. Anyway, at the risk of being abrupt, here goes. 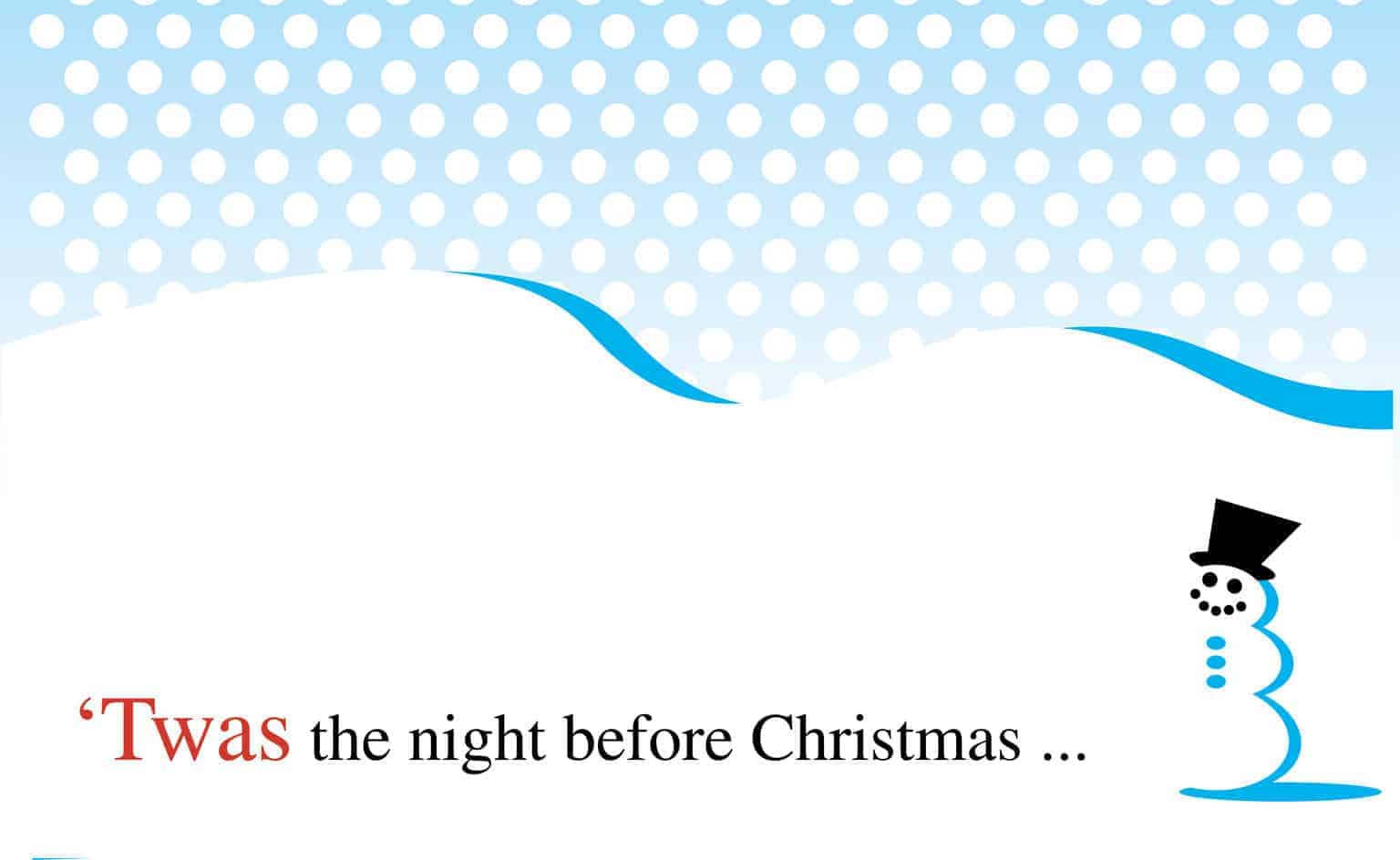 Diction is word choice, and poetic diction is word choice that creates poetry. Most poets set aside certain language-creation choices for their poetry — as opposed to their critical prose or persuasive speech, for example. Others seem to create language with more or less the same techniques and choices regardless of its applications.

At one point in time, you could tell you were reading some sort of verse — and even what type of verse you were reading, in some cases — by the type of language being used. For example, in Ancient Greece, different dialects were used for different types of literature.

Academic English poets used to be all about ancient lit. They used special language in their attempts to differentiate poetic literature from prosaic, in imitation of the Greek and Latin poets. Here are a few examples:

Most people don’t use these terms very often anymore. “Ere,” “oft” and “lo” are still perennially useful in crossword puzzles, so there’s that.

To sum up, this practice-wide standardization of word choice has stopped being a defining element of poetry. The contemporary trend is toward specialization: Literary movements, schools, social groups, poets or even individual poems tend to establish their own definitions of poetic diction. You can see the same thing happening in various types of writing. For example, tech-industry writing typically employs a different diction than mainstream reporting.

Verse is probably the definitive poetic device. It’s the way one line turns into another. The word “verse” is sometimes used synonymously with “poetry.”

A restrictive definition of “verse” would be lines of writing that form a regular rhythm. There are lots of different types. Here are three of the most important categories in contemporary English poetry: 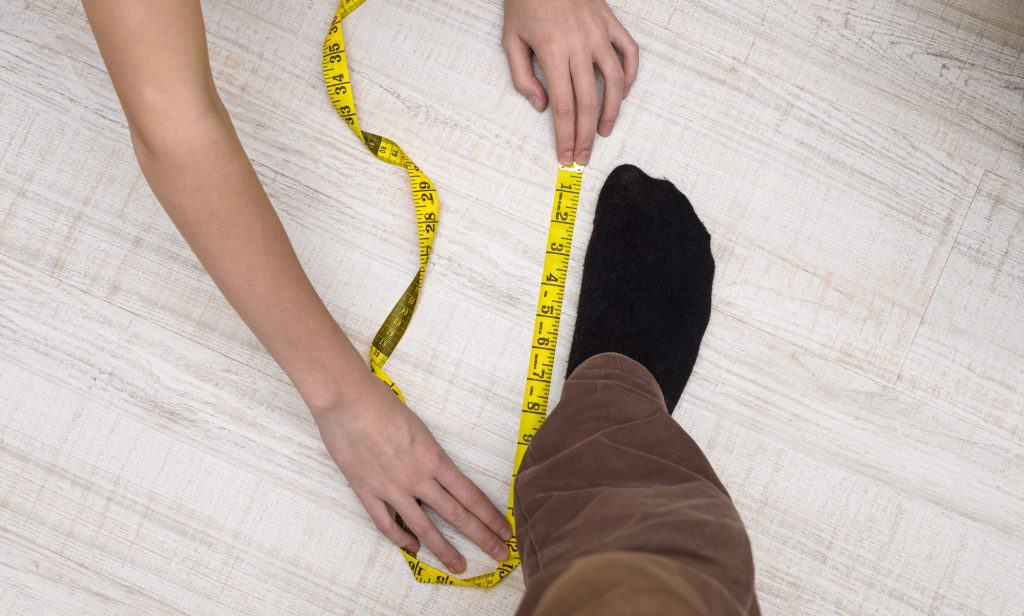 Meter is the measurement of poetry in time. You can usually determine meter by counting out syllables in a line, but some poets are sneaky (or use different measuring systems). Like many poetic devices, definition of meter is situational.

In textbooks, you’ll see the meters called out with the same prefixes you learned in geometry class: tri-, tetra-, penta-, hexa- and so on. This refers to the number of feet in the line.

A foot — in poetry, that is — is a set of syllables with specific stress patterns. These are usually two, three or four syllables long. They have impenetrable Greek or Latin names: dactyl, molossus, iamb and so on. We get these words from scholarly discussions of (old) poetry from other languages.

Foot — and, correspondingly, scansion: the analysis and notation of emphasis and meter — has fallen out of vogue a bit in discussions of prosody, at least in the USA. But why, you ask? It’s so fun, you say!

It’s possible that the idea of the foot was never really great for English. Germanic-language poems like Old English’s “Beowulf” seem to measure lines based on the number of occurrences of alliteration. The current attitude towards meters and feet is also probably a result of some influential 20th-century poets who wrote about the subject — Charles Olson and William Carlos Williams, for example.

Williams developed what he called a variable foot later in his career. Long, metered units took up their own lines in sets of three. Olson had a piece titled “A Foot Is to Kick With” in which he asks the pointed albeit somewhat opaque question, “…who knows what a poem ought to sound like? until it’s thar?”

Enjambment is when you continue a thought through a visual break. For example, from Charles Olson’s “I, Maximus of Gloucester, to You”: “love is form, and cannot be without / important substance.”

Using enjambment as a poetic device allows poets to break sentences and breaths across their rhymes and meters. It can also invite readers to momentarily consider certain moments in language.

Poetry’s patterns tend to be stricter than prose or everyday speech. When you talk about form in poetry, you’re usually talking about relatively strict patterns that repeat through many, similar poems (a standard form) or several sections within a single poem (the formal elements of a poem).

Standard forms tend to be split up into regular sections. Some are organized in sets of lines. In others, the lines themselves are the most important units.

English poetry has many forms. Some (read: most) are imports from other languages’ traditions. Others are inventions tied to specific poets. Here’s a brief list of some popular poetry forms used as poetic devices: 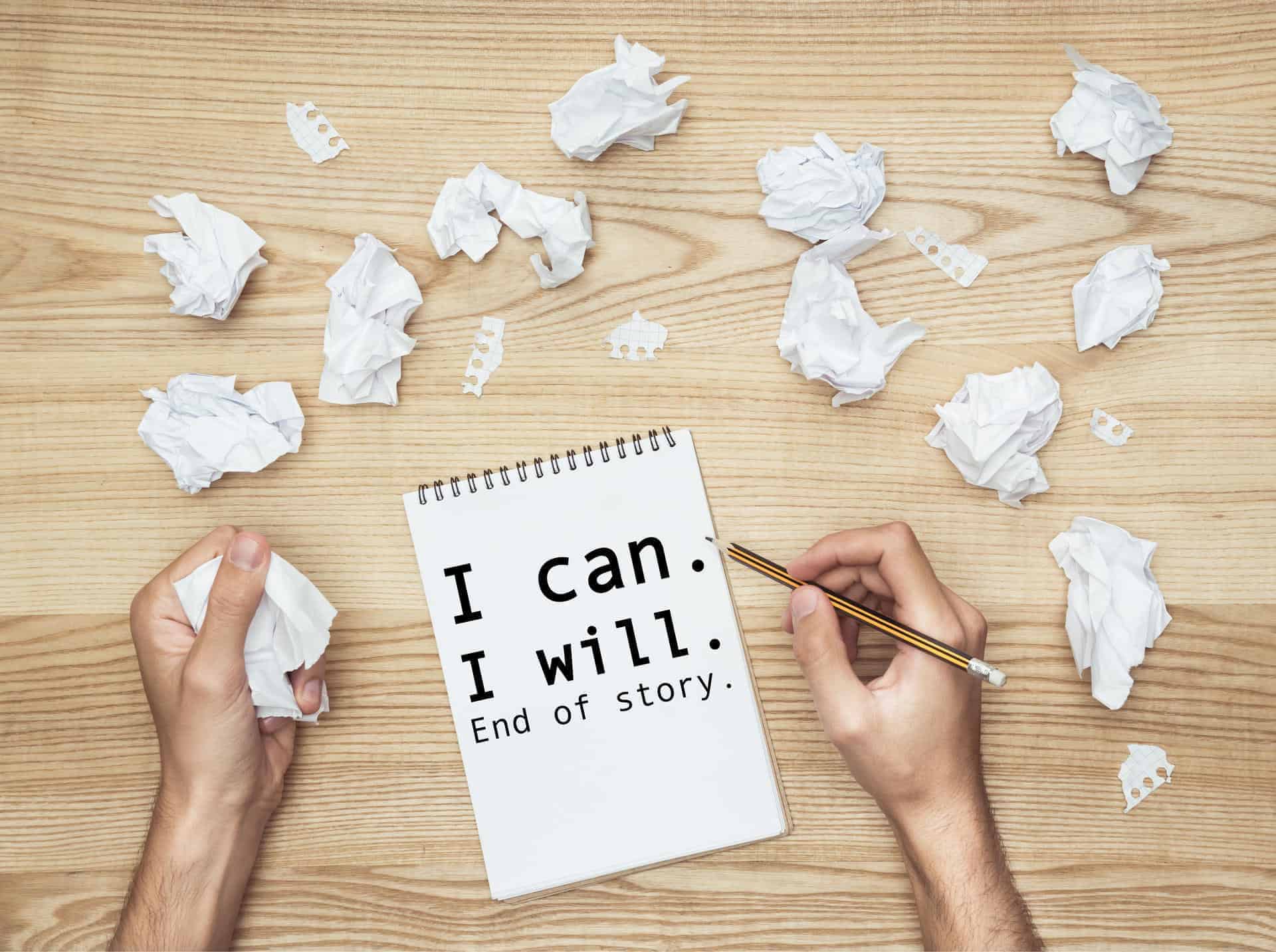 White space is the unused space on a page of writing.

The amount of negative space has a psychological and emotional effect on readers. For example, for me, I like to see a lot of white space when approaching work I don’t know — it fills me with hope. More specifically, it means I won’t have much to read if the poem is terrible.

Basically, people read the letters and the space around them. The first is the written language, and the second is an element of the visual language inherent in a published poem.

The best thing you can say about white space as a poetic device is — and brace yourself for the double negative — that it’s not nothing. Also, whether intentionally used as a literary device or not, it’s an element of all written poetry.

Line lengths, word placement, spacing: All of these affect how poetry meets a reader. Page layout as a poetic device usually addresses some combination of the following issues:

Contemporary poets organize their work in many ways. Some of these methods don’t have literary terms — mostly because their practices intersect with and draw from other arts and sciences. Christian Bök and Douglas Kearney would be good examples of people who use some pretty off-the-wall layouts.

You can use “rhyme” to refer to the sound of language, and even the beauty or joy of it: Take the phrase “rhyme and reason,” for example. The strictest definition is when the last stressed syllables and any following syllables sound the same between two or more words. Along with meter — loosely meaning the way the poem acts in time — rhyme is one of the most important poetic devices.

Of course, if you keep your ears open, you’ll know that matching sounds goes beyond perfect end-rhyming. There’s plenty of rhyme out there.

Alliteration is when you repeat the same stressed consonant sounds.

Piggybacking off of the previous section discussing successive similar sounds, alliteration is regularly represented as rooted in rhyme. Generally speaking, rhyme’s the category into which all sound in language falls.

In fact, alliteration was super-duper important in early Germanic-language poetry. “Beowulf” and the “Poetic Edda” both rely on it much more than they do end rhyme. Alliteration is also a prominent feature of much of the popular — if you can call it that — epic poetry from good ol’ Greece and Rome.

Of course, some of that sound gets lost in translation. You can still appreciate it as a poetic device, though. By this I mean: It’s never too late to learn Old High German, Latin, Old Saxon, Ancient Greek, Old Norse and Old English, right? Right? Where are you going? 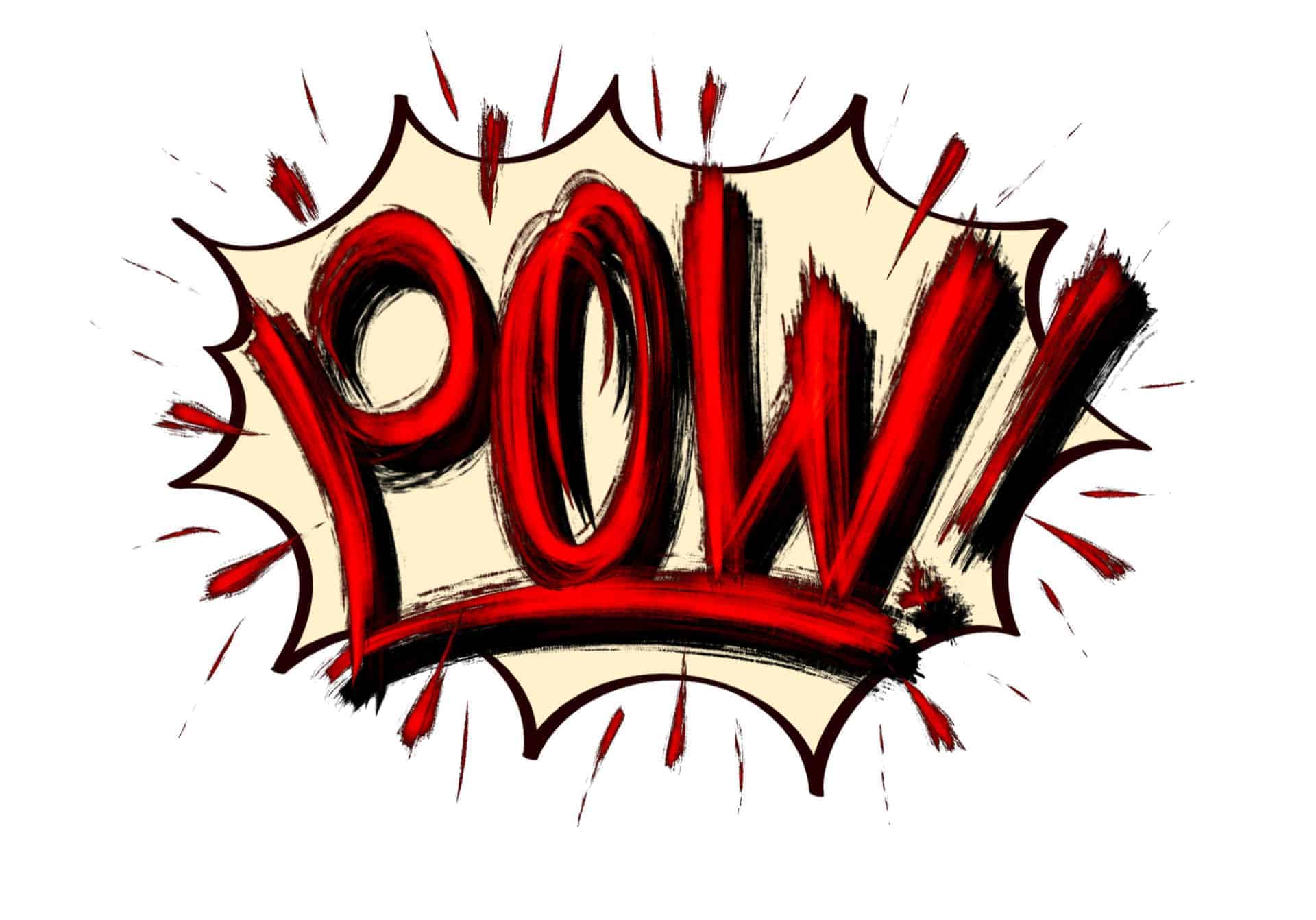 Onomatopoeia is language that sounds like what it literally means, or sounds like something related to that thing. Many words that stand in for sounds are onomatopoetic.

A simile is a statement that one thing is like another. Usually, the two things will be related, or at least comparable in a literal way. The choice of whether to explain that link is up to the poet.

Similes are among the most common poetic devices. They’re literally everywhere. For example, a flood-restoration service might claim they make homes like new in their marketing copy. A friend or random flatterer might say you look just like a movie star.

Metaphors move meaning from one place to another. They’re non-literal connections, expressed in language. The textbook definition is usually something like this: language that refers to something other than its literal meaning.

Literal meaning, though. What’s up with that?

Metaphor is the basis of all literal connection (except maybe for representational modes — onomatopoeia and pictograms, for example). The sounds and symbols link to the things we talk and write about, rather than literally represent them. We learn to do the work of transferring meaning from the expression to the object.

Metonymy is a mode of metaphor that substitutes one thing for another closely related thing. This figure of speech is related to synecdoche — referring to something by referencing a part of it or a whole of which it is a part.

Both metonymy and synecdoche are thoroughly baked into English. Nearly everyone hears them or uses them on a daily basis. 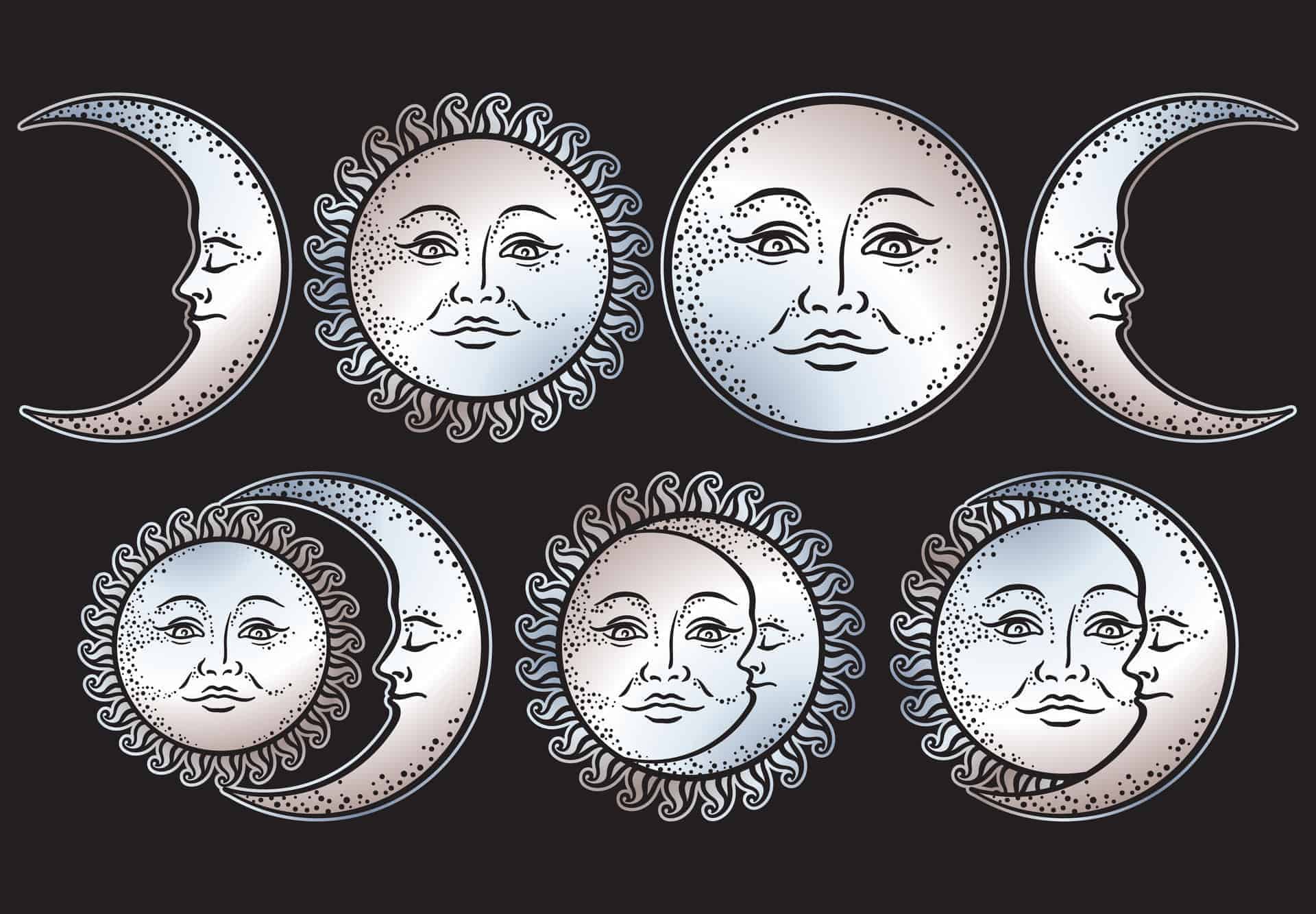 Personification is when you give human form to a non-human thing. I won’t trot out the tired ruby fingers of dawn — oops, just did. Rest assured: Apart from the diurnal digits, there are plenty of other examples of personification in poetry.

While Ezra Pound wasn’t necessarily known for being a very nice guy, he did have a major influence over the definition of image in English poetry. He wrote that an image is something that presents an instantaneous emotional and intellectual moment — he called it a “complex.” He thought that being in the presence of an image should liberate people and help them grow.

Image in poetry is more about evoking imagination than it is about describing something. You don’t have to paint a picture to create an image — leave the painting to the painters. A lot of the work words do to create images is in the associations to their literal meaning — sound, context and semantic multiplicity. 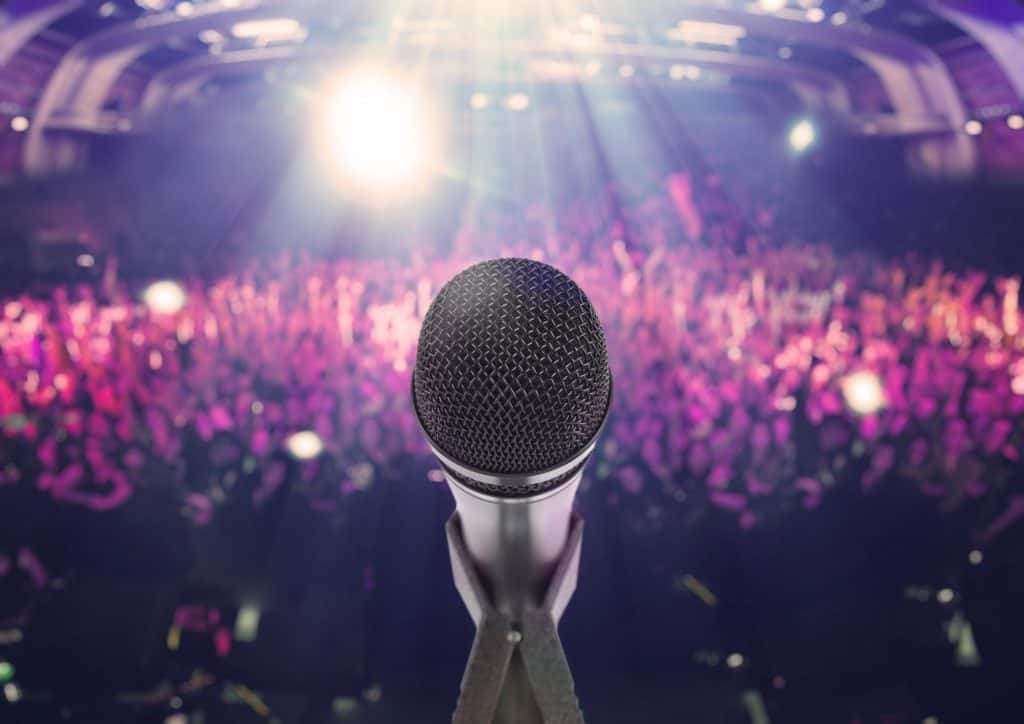 The speaker of the poem can be a narrator, the poet or a persona of some kind. The addressee can be a lover, a log or the entire human race.

The “I” and the “you” of the poem aren’t always so well defined. Sometimes, depending on the mode and the form, the poem might be disembodied: no humans present to speak, and nobody who’s supposed to listen. List poems and haikus often don’t have a strong speaker or addressee, for example.

Conclusion: Poetic Devices Do a Lot!

Do you have any great examples of these poetic devices? We’d also love to hear which of these literary devices are your favorites and which ones you aren’t impressed with. Comment below!