How To Create Parallel Headings: The Match Game 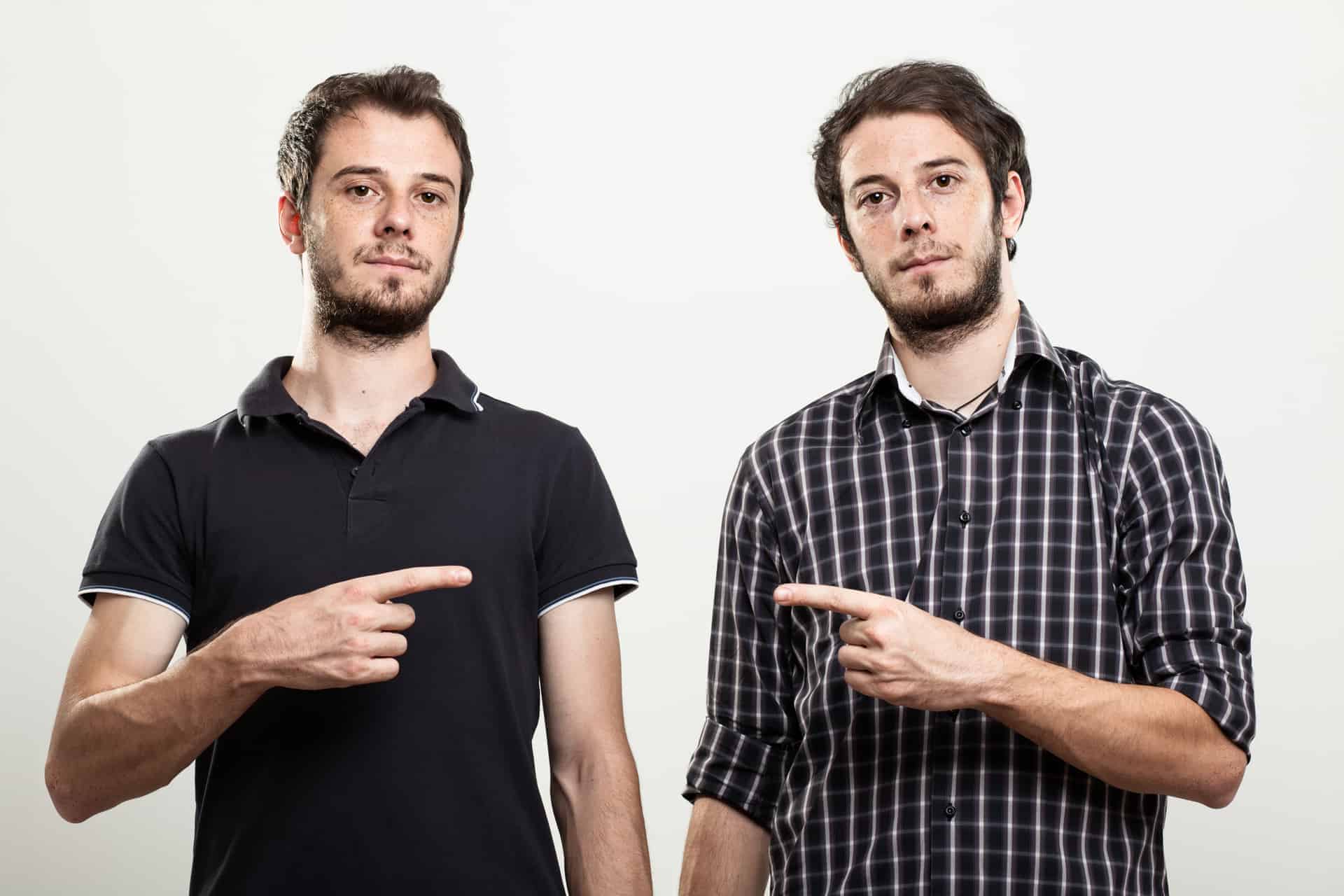 How To Create Parallel Headings: The Match Game

If you think headings are just for soccer players and uncoordinated kids on skateboards, think again. Parallel headings not only show your audience how to read your article, but they also provide a tidy framework for your writing. The keyword here is “parallel.” If your headings are inconsistent and unorganized, there’s a chance they may do more harm than good. Read on to discover how to avoid mismatched headings and reap the slick, well-organized rewards of parallel structure.

What Is Parallel Structure?

Headings are the backbone of your article. Don’t confuse them with headers, the top margins of a document. Headers work with footers to number your pages and include your contact info, etc. If someone compliments your rad parallel header, feel free to adjust your monocle and correct them. “It’s a parallel heading, darling.”

And thus concludes my headings vs. headers PSA. Back to the wonder of headings!

Once you snag your readers with a tasty hook, your article’s headings guide them through the content on your terms. In order to provide a solid frame for the rest of your content, however, these helpful headings need to be parallel, which is a fancy way of saying that they all follow the same grammatical structure or pattern. 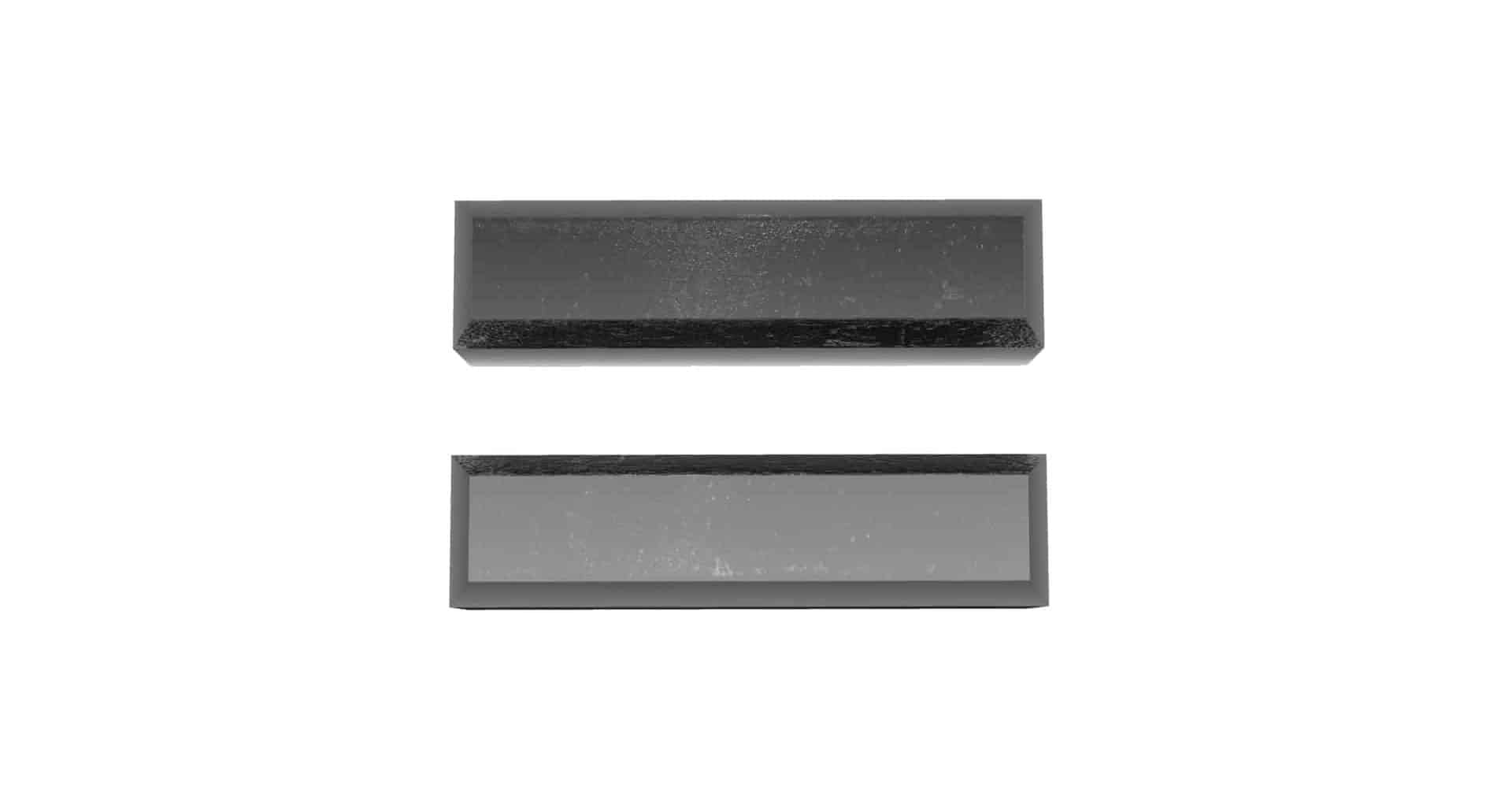 In the simplest terms, headings are parallel when they match. The headings in an article might all be questions, for example:

Why Is My Backyard Full of Slugs?

How Can I Get Rid of All These Slugs?

Perhaps your headings match because they all start with a gerund, like in these examples from an article about establishing a weekly poker game:

Deciding Which Friends To Invite

Hustling Your Pals Out of Their Hard-Earned Money

Headings can even be complete clauses, as seen in these examples from an article about choosing entertainment for little Ayden’s fast-approaching birthday party:

Ask Your Friends for Recommendations

Narrow Down Your Choices

Using headings that start with action verbs (like the example above shows) is very common.

No matter what form your headings take, that form needs to be consistent throughout the entire article. From start to finish, the headings need to match (that’s what is meant by parallelism of headings). When they don’t, they’re a distraction at best and a source of confusion at worst. Plus, they just look wicked sloppy. 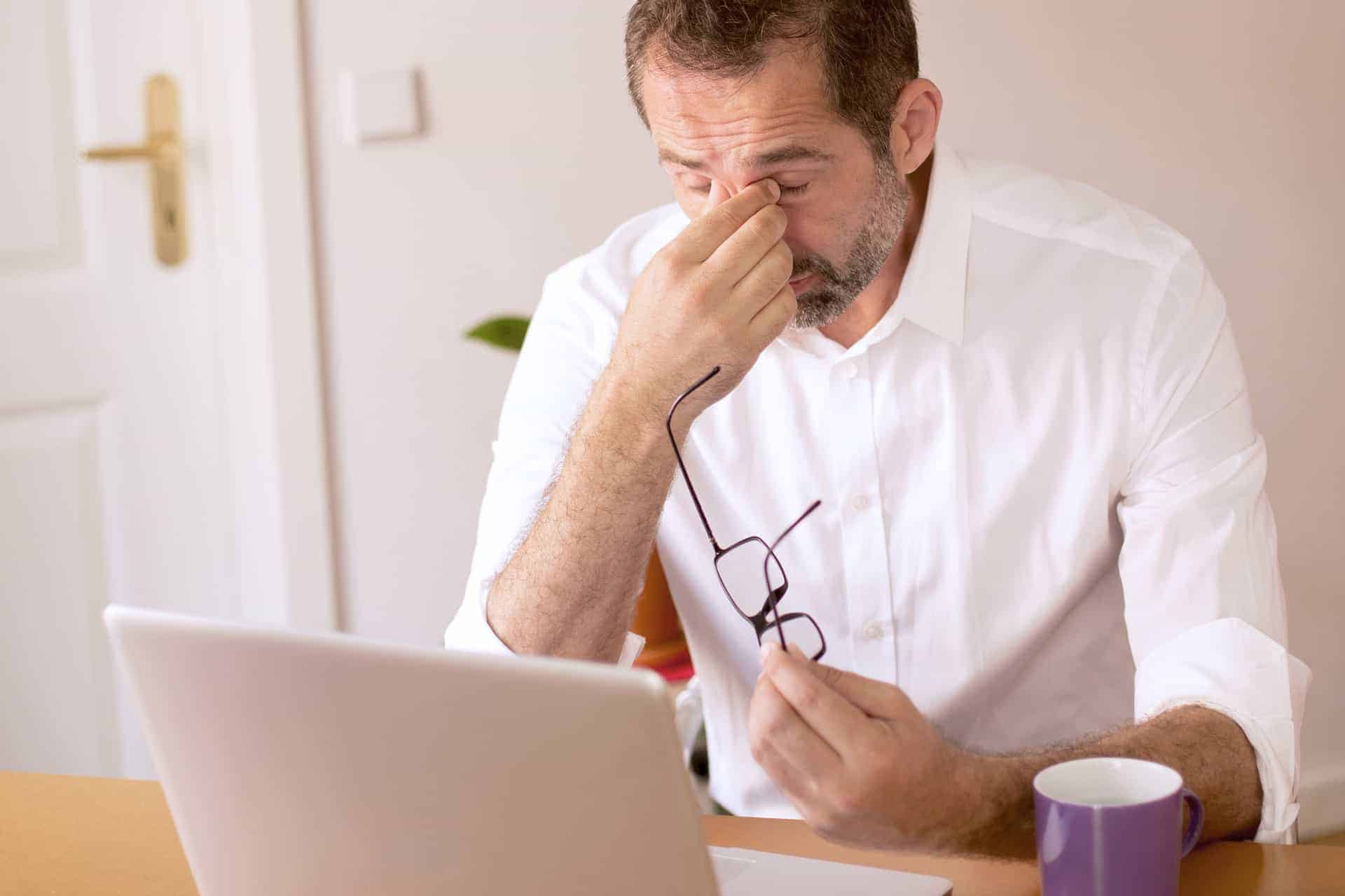 You might think of it like this: If you roll into work with mismatched socks tomorrow, it wouldn’t totally ruin your expensive new suit and overall sartorial vibe — a couple of your least-observant coworkers might not even notice — but you still probably make sure your socks match before you leave the house, don’t you? You know why?

Because attention to detail matters.

Now that we’ve seen some examples of parallel headings, let’s chuck our cheroots to the side like Clint Eastwood and check out the bad and the ugly. See if you can spot what’s off with these headings from an article about looking for Bigfoot.

What’s the Best Time of Year To Search for Bigfoot?

The Top 3 Places for a Bigfoot Sighting

Like Ron Swanson and a leafy Caesar salad, these examples are completely mismatched. The first heading is a question. The second is an incomplete sentence, and the third is a complete sentence, also known in some grammar-filled circles as an independent clause. Oof.

To make these headings parallel, we simply need to pick a style and go with it. If we opt for questions, for instance, we could keep the first heading as is and revise the second and third headings to match, like this:

What’s the Best Time of Year To Search for Bigfoot?

Where Should You Look for Bigfoot?

What Should You Pack for a Bigfoot Hunt?

Voila! Now that they’re all questions, the headings are parallel. We don’t have to stick to questions, though. We can keep the third heading (“Bigfoot Is Dangerous, So Pack Accordingly”) and rewrite the first two headings so that each is a parallel heading:

The Pacific Northwest Is Bigfoot’s Backyard

Much better. Now that these headings are all independent clauses, they possess the awesome power of parallel structure and provide a solid framework for this incredibly useful and totally real Bigfoot hunting guide. 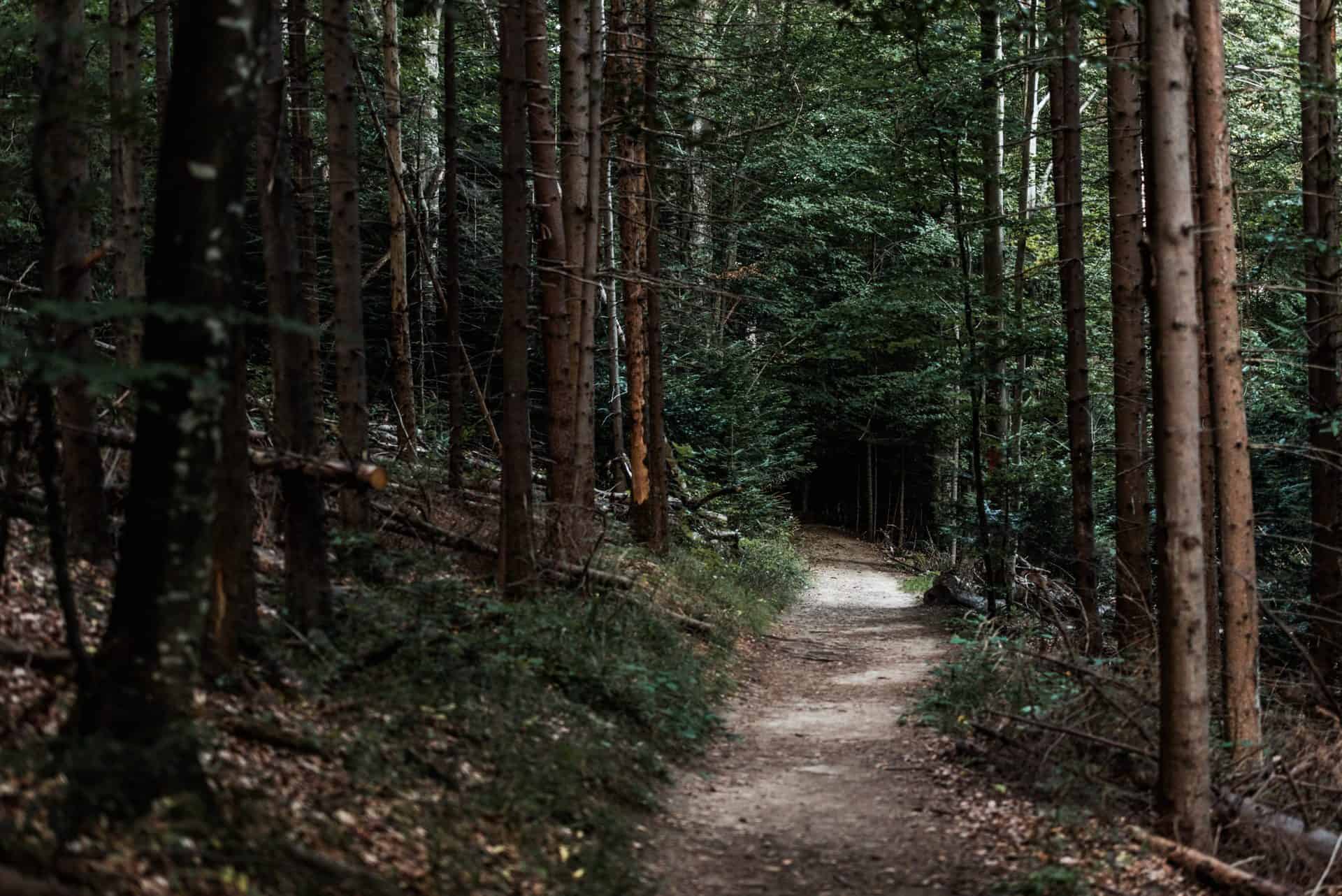 So far, we’ve only looked at examples that include one set, or level, of headings. They didn’t feature any subheadings, which are used when you break up the information under one heading into even smaller headings. Let’s add some subheadings to one of our original headings so we can marvel at multilevel headings in action and learn how to use them.

In the example below, we’ll add text under the headings so you can see the article in action.

In addition to being 9 feet tall, Bigfoot also runs faster than Usain Bolt and hates human beings. As such, it’s important that both you and your campsite are well prepared.

It’s important to not only look good but also have fresh breath when you finally encounter Bigfoot. Make sure your toothpaste is …

Not many people know this, but in addition to being a fast runner and holding a black belt in karate, Bigfoot is an expert marksman. He won the silver medal in the men’s biathlon at the 1980 Winter Olympics in Lake Placid. Therefore …

See how the subheadings work? Now we have a big heading and three “baby” headings nested underneath it. Let’s break the whole shebang down. First, we borrowed the third heading from our previous example:

After providing some context for the packing information to follow, we broke out those ideas for what to bring into three helpful categories: camping stuff, personal stuff and weapons. And, because the best SEO articles are organized SEO articles, we kicked each of those useful categories off with a descriptive subheading:

In addition to being devastatingly handsome on the screen or page, these subheadings help readers make sense of our packing ideas and increase the overall readability of our content. The headings are also descriptive enough that people who scroll through the content without reading will be able to quickly understand what your text is about. What’s more, these headings give us a good idea of how to structure said content as we write it. Everybody wins. 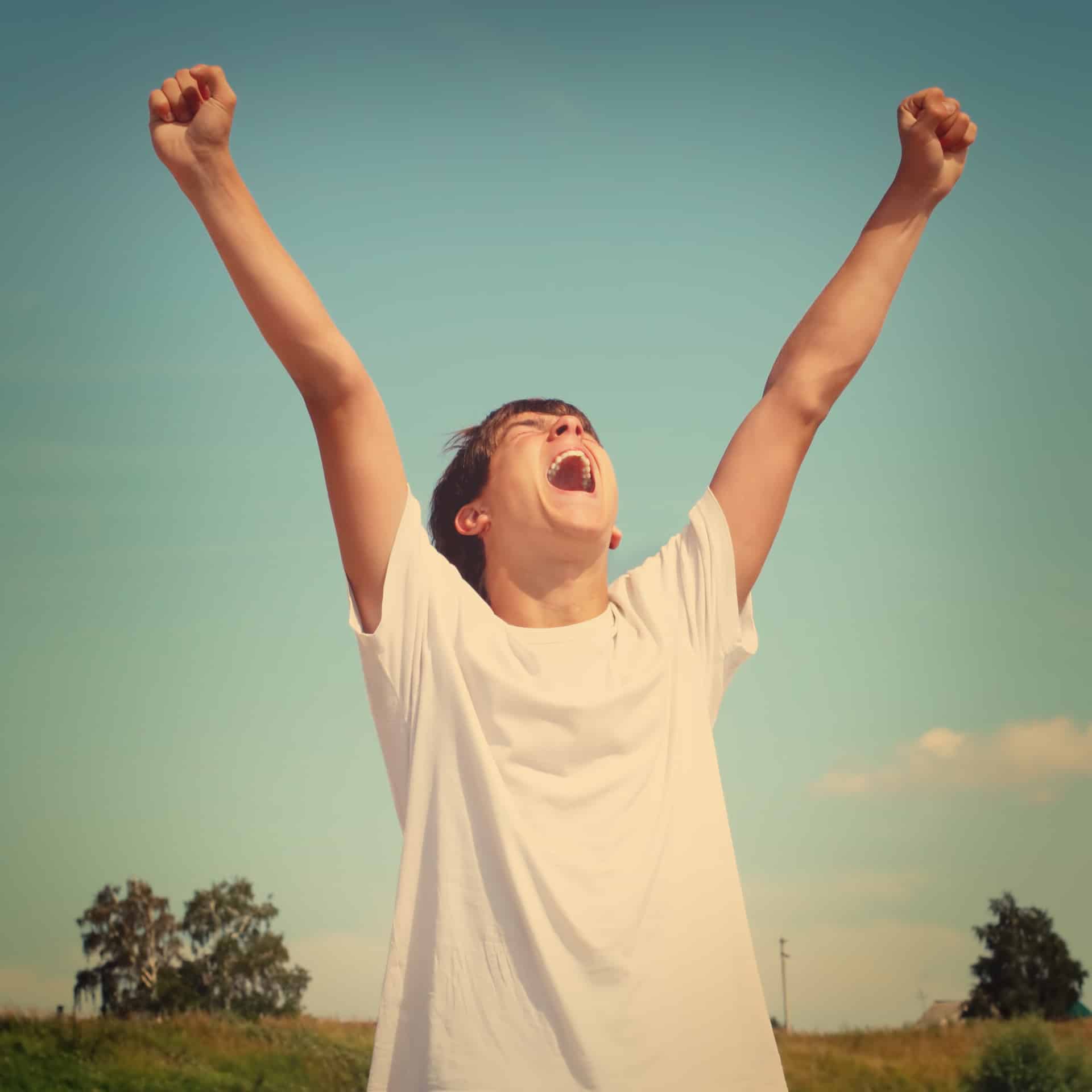 Winter is the best time to search for Bigfoot. He spends most of the summer hibernating or watching reruns of “Everybody Loves Raymond.” From roughly Memorial Day to Halloween, Bigfoot is …

Aberdeen, WA, is the hometown of both Bigfoot and Kurt Cobain. In fact, before Dave Grohl joined the band, Bigfoot briefly played drums for Nirvana. Sadly, his giant hands and utter lack of rhythm meant …

In addition to being 9 feet tall, Bigfoot can also run faster than Usain Bolt and hates human beings. As such, it’s important that you and your campsite are well prepared.

It’s important to not only look good but also have fresh breath when you finally encounter Bigfoot. Make sure your toothpaste is …

Not many people know this, but in addition to being a fast runner and holding a black belt in karate, Bigfoot is an expert marksman. He won the silver medal in the men’s biathlon at the 1980 Winter Olympics in Lake Placid. Therefore …

How many heading levels can you have? Technically, you can can have an endless number of headings, but it is possible to over-structure your article. Microsoft Word has nine heading styles, and WordPress has six.

The rules of parallel structure still hold firm when you stick a number in front of your headings. Headings always need to be parallel in structure (or match) the other headings on their level. It’s also imperative to remember that numbered headings and numbered lists are not the same thing.

Well, it is to Microsoft Word and many other word processing programs, which will grab your numbered headings in their compu-clutches and automatically indent them. 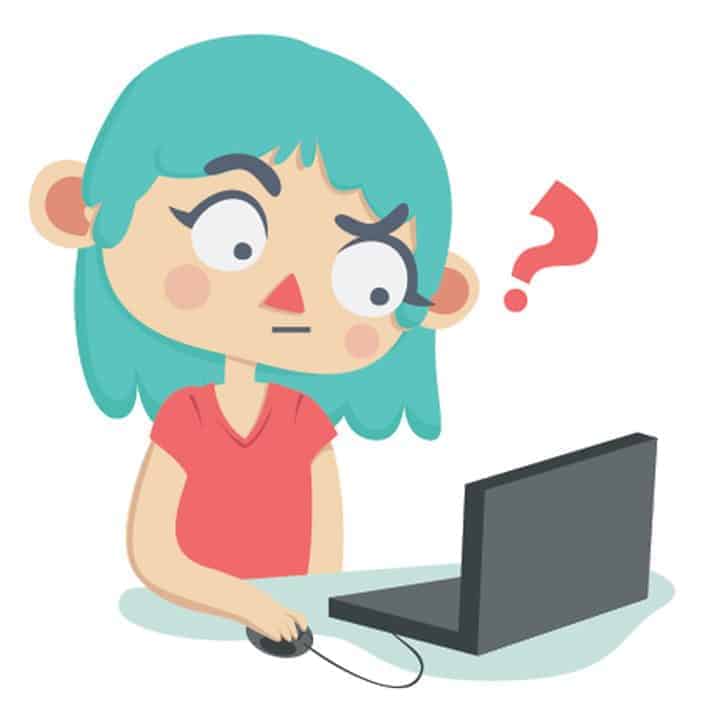 That’s not always a bad thing, depending on how you need to format your paper or article, but if your first-level headings are numbered, they should be left-aligned along with the rest of the text.

Let’s return to our Bigfoot article one last time, add some numbers to our headings, and see what happens. (Note that for the following example, we have chosen to keep subheadings left-aligned. Your company or school may have different formatting guidelines for subheads, but the rules of parallelism remain the same.)

In addition to being 9 feet tall, Bigfoot can also run faster than Usain Bolt and hates human beings. As such, it’s important that you and your campsite are well prepared.

It’s important to not only look good but also have fresh breath when you big foot. Make sure your toothpaste is …

While we’re on the topic of numbered lists, keep in mind that they should be parallel as well. Here’s Bigfoot’s traditional wake-up routine in list form done wrong:

Each part of Bigfoot’s routine is expressed in an independent clause. Nice.

Parallel headings are vital to well-organized and highly readable content. They help your readers navigate your ideas and let you direct the readers’ focus as they move through your articles and blogs. Got any tips for keeping your headings in sync? Any grainy video footage of Bigfoot drumming behind Kurt and Krist? Hit the comments!