The English language is pretty much weirder than every other language. It has a myriad of funny words to say and usage rules that can be very confusing. For example, if the plural of tooth is teeth, shouldn’t the plural of booth be beeth? How can a slim chance and a fat chance be the same, while a wise guy and a wise man are opposites? 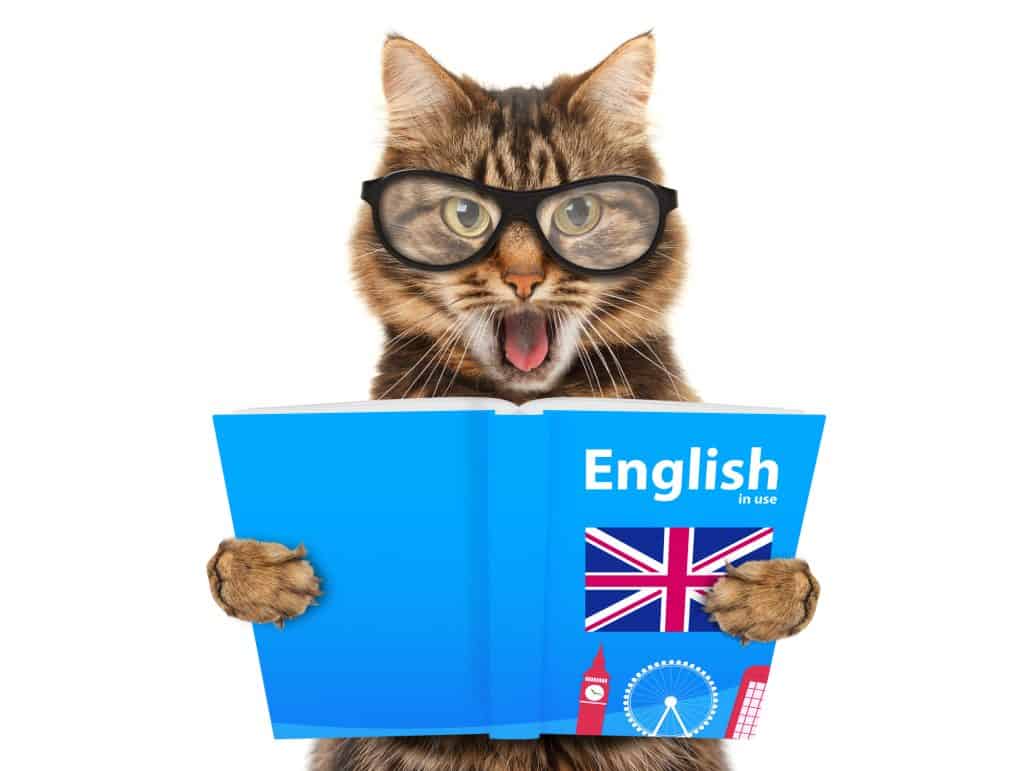 Why Are There Funny English Words?

I’m just scratching the surface when it comes to the contradicting rules and confusing spellings that the English language possesses. Between unique words, confusing idioms, old weird words, and “gibberish” in general, there’s no shortage of funny words in the English language. Some of these silly words are the stuff of a spelling bee champion’s nightmares, while others are just generally funny to look at when written down on paper.

Speaking of weird words, English also has some pretty funny words to say out loud.

Funny Words to Say Out Loud

Reading ridiculous words is one thing, but saying silly words out loud is something else entirely. Here is our list of the 27 craziest words to say in the English language: 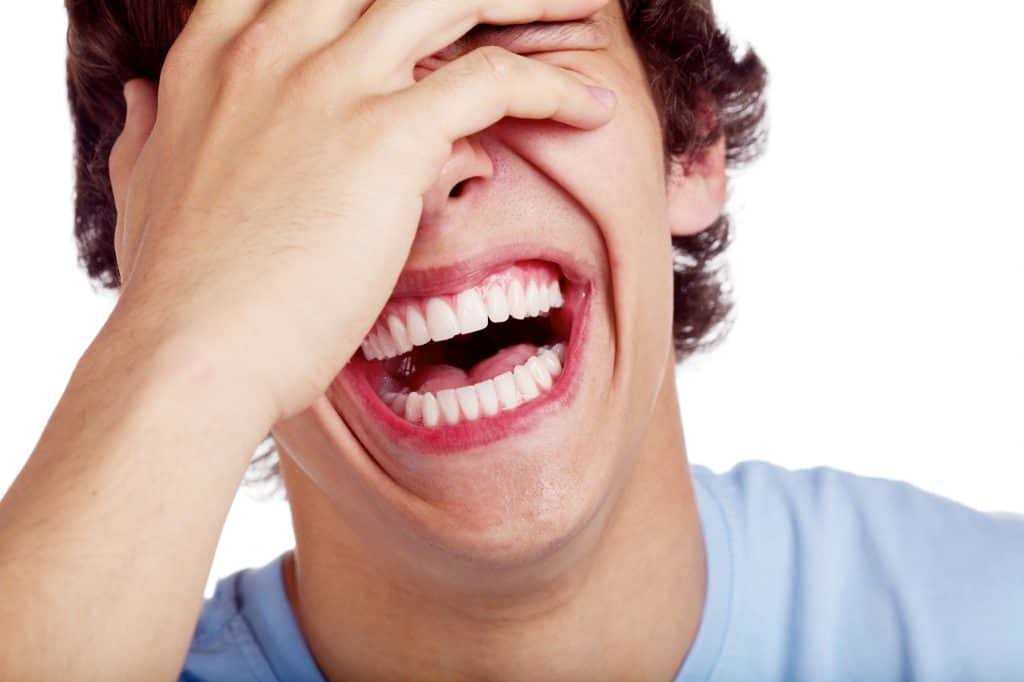 1. Ayahuasca – A hallucinogenic brew made from the Brazilian plant Banisteriopsis caapi. This brew is often used to treat different central nervous system disorders.

2. Ballyhoo – This funny sounding word is when someone makes a desperate attempt to win customers through blatant advertising or publicity. Now the next time you see a company trying too hard, you can appropriately call them a ballyhoo.

3. Bifurcate – To divide something in half, or fork into two branches. Impress your significant other at your next dinner date as you bifurcate your dessert to share.

4. Bunghole – A hole in a cask, barrel, etc., through which liquid can be poured or drained. Like most adolescent youths, most people associate this funny word with potty humor, but now you can find new ways to use this funny word next time you pour your favorite drink.

5. Dingus – An object whose name is unknown or forgotten. This is perfect for asking what the name of that dingus was, or what the dingus in the corner is called.

6. Echinococcus – This funny word just sounds gross, and for good reason! It means any number of tapeworms of the genus Echinococcus whose larvae are parasitic in animals or humans. Here’s hoping the food at Chipotle doesn’t give you echinococcus.

7. Flibbertigibbet – A flighty, irresponsible, silly, or gossipy person. Who’s the flibbertigibbet in your group of friends? Hopefully, it’s not you.

8. Frippery – Is the floor frippery? Whoops, wrong funny word. Frippery means ornate, pretentious, snobby elegant, or something trivial. The pageantry of the Oscars, for example, is frippery.

9. Frou-frou – The rustling sound a dress makes. Since this weird word was created in 1870, it makes sense that this was such an issue that they created a word for it. In today’s age, not so much.

10. Geebung – Small trees or shrubs in Australia or New Zealand, which have small white or yellow flowers and edible fruit. I’m sure Frodo Baggins ate some geebung on his travels to Mordor.

11. Harum-scarum – This funny word to say out loud is a person who lacks a sense of responsibility, and who is careless or reckless. I think Hell’s Angels should change their name, don’t you?

12. Jackanapes – A conceited and impertinent person, a mischievous child, or a monkey. My toddler sure is a jackanapes.

13. Kibitzer – Do you hate it when people you drive with tell you how to drive? Being a backseat driver is the definition of this funny word to say. So, when I’m driving, stop being such a kibitzer!

14. Mollycoddle – I think most wives and girlfriends can understand this weird word better than anyone. A mollycoddle is a man or boy who is used to being coddled or pampered. Sorry guys, I know we are all guilty of being a mollycoddle.

15. Namby-pamby – A person, sentiment or thing that is weak, indecisive, or feeble. Calling a foul when a player flops in the NBA is a pretty namby-pamby rule in my opinion.

16. Piffle – Nonsense, or speaking feebly or futilely. This silly word was created in 1847 and is thought to be an alteration of piddle with a puff of air.

17. Quagmire – While this is the name of one of Peter’s best friends in the popular sitcom Family Guy, quagmire means a difficult or precarious situation. Giggity giggity goo!

18. Ragamuffin – I remember my mother using this crazy English word to describe me as a child. Ragamuffin is someone in rags or dirty clothes.

19. Rubaboo – A soup made from boiling meat paste with vegetables and flour. I wonder if Gordon Ramsey makes a good rubaboo?

20. Scalawag – A rascal. Try saying this funny word out loud without sounding like a pirate. Arrrrgh!

21. Teetotaler – If you abstain from drinking alcoholic liquor, then you my friend are a teetotaler.

22. Titter – A nervous laugh or snicker. Please try to stop tittering when your boss asks you to do something, OK?

23. Umpteen – A large but unspecified number or amount. For the umpteenth time, I don’t know why we can’t be more specific when describing numbers or amounts.

24. Wampum – This funny word to say makes me think of the snow creature that freezes Luke upside down in a cave on Hoth. Wampum are small cylindrical beads made from shells that have been polished. It is believed that wampum was used as currency and jewelry by ancient Native American peoples.

25. Whirligig – Something that revolves or whirls. The carousel at the county fair is a whirligig.

26. Williwaw – Violent winds that blow in polar latitudes, such as the Strait of Magellan. I’ll make sure I watch out for the williwaws on my next Alaskan cruise.

27. Yitten – To be frightened. My wife gets very yitten when we watch scary movies. Seriously, she hates them. 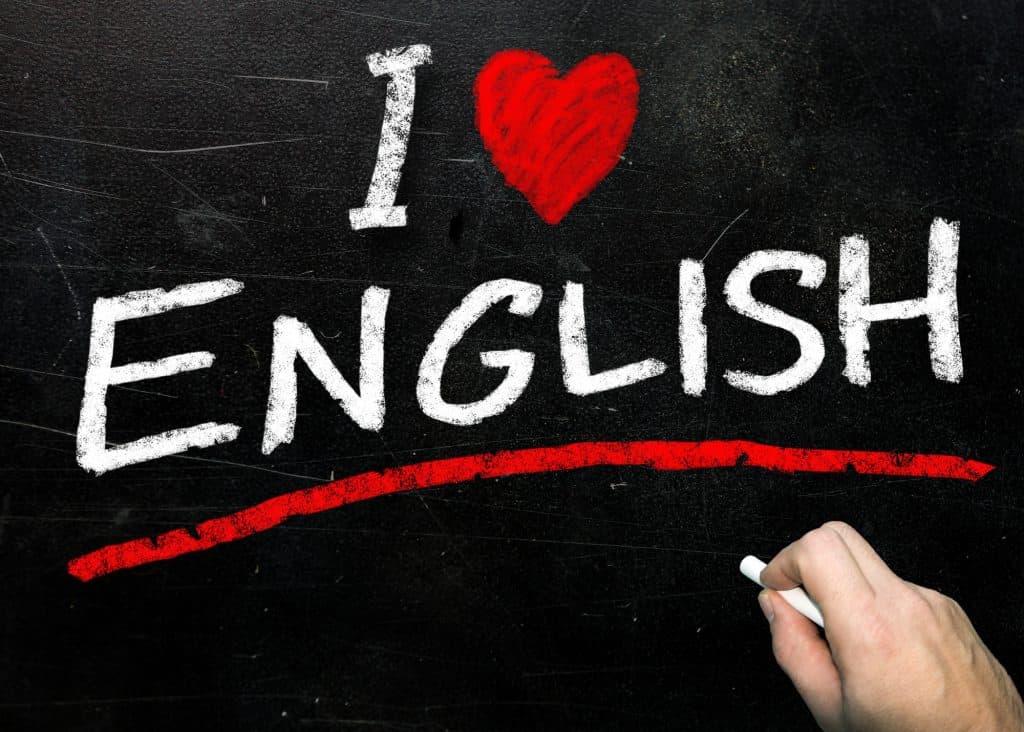 Know Any Other Weird Words to Say in English?

Follow Me
Latest posts by Greg Secrist (see all)
← Should You Hire a Press Release Writing Service? The 13 Most Crucial Types of SEO Writing Services →