Being an editor is like being a library patron. Every week I get something different and discover new genres and writers. Although all the work I read is distinct in purpose, information, and tone, one thing I’ve learned from editing remains the same: One of the worst things you can do as a writer is to shoot yourself in the foot by making basic errors that overshadow your witty style or convincing argument. It’s frustrating to us editors to read a promising article marred with simple, preventable mistakes. Here are three common writing mistakes to avoid so your true writing talent shines through.

Hyphens trip up writers most when it comes to spelling. Thank the ever-changing dictionary for that. In most cases, prefixes such as non-, pre-, and re- no longer require a hyphen. Look up the word in Merriam-Webster’s online dictionary for guidance. Some words are listed individually, but most are included under the prefix’s entry. Click the down arrow to reveal the words with that prefix and their spellings. Dots represent syllabic breaks, not hyphens.

Other words that may not need a hyphen include compound words. For example, workplace has no hyphen, and day care is two words.

Hyphens also are frequently used incorrectly when they combine two words forming an adjective (called a compound adjective). Only use a hyphen when the words precede the noun they are modifying, but not if one of the words is an adverb ending in -ly.

– Thank the ever-changing dictionary for that. (hyphenate because the words precede the noun)

– Thank the continually changing dictionary for that. (don’t hyphenate because there is an adverb ending in -ly)

Until someone creates a gender-neutral pronoun or other workable solution (deserving of a Nobel prize, in my opinion), don’t use singular they and their. This is usually done with words like everyone that look plural but act as singular. Use second person (you/your) or third person plural (they/their) to avoid repetition of “he or she” and “his or her.”

– A student shouldn’t use singular they in their writing. (incorrect)

– A student shouldn’t use singular they in his or her writing. (better)

– Students shouldn’t use singular they in their writing. (best)

One of the most challenging things for us editors to have to read through, decipher, and fix is the rambling sentence because its length and complexity make it hard to interpret the writer’s message correctly, and if we edit the sentence in the wrong way, it can change the meaning.

Get the point? Let’s rewrite that one-sentence paragraph to make it less of a headache. This involves not only breaking it up, but also using fewer words.

One of the most challenging things for editors to deal with is the rambling sentence. Its length and complexity make it hard to interpret the writer’s message, and editing the sentence incorrectly can change its meaning.

Proofread your work to catch these ever-changing writing errors, and try to take a break between writing and proofreading for a fresher perspective. Let us know in the comments below if we missed any common writing mistakes to avoid! 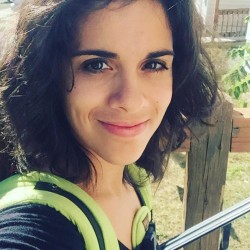 Francesca Nishimoto
Francesca has enjoyed writing since childhood. In college she earned a degree in English language and minored in editing. She's been published in a couple of children's magazines and is a regular contributor of three online magazines. When she's not chasing after her two little boys, she's running, reading, or trying to nap.

Latest posts by Francesca Nishimoto (see all)
← 12 Styles of Poetry Spoonerism: A Slip of the Tongue or Comic Effect? →