40 Popular Idioms And Their Meanings 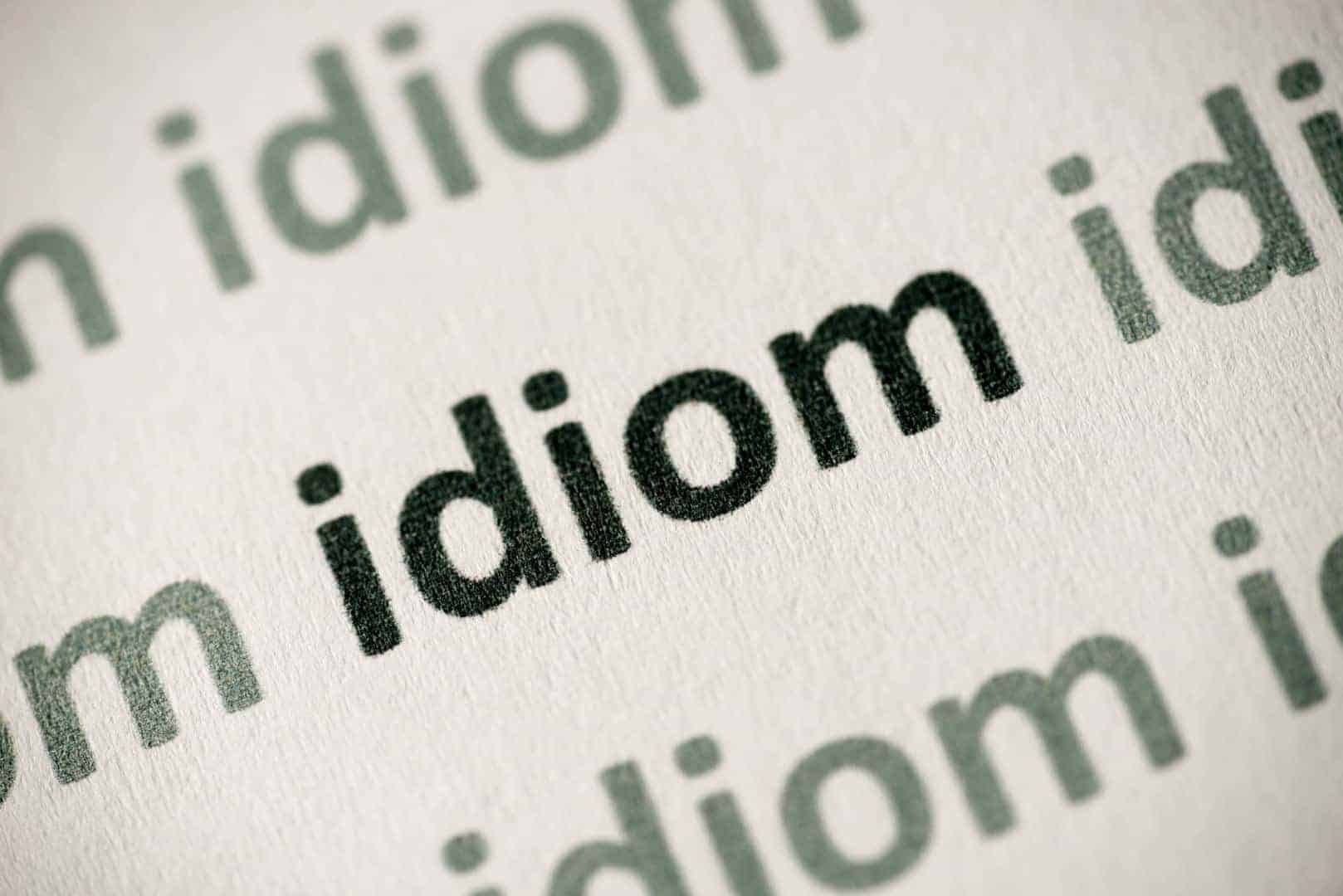 40 Popular Idioms And Their Meanings

What Is an Idiom?

Idiom Meaning: An idiom is a group of words that are used as a common expression whose meaning is not deducible from that of the literal words.

Idioms are used frequently in both written and spoken English. So let’s take a look at the most popular idioms and common idioms in the English language and what they mean.

A blessing in disguise
Meaning: A good thing that initially seemed bad

A dime a dozen
Meaning: Something that is very common, not unique

Adding insult to injury
Meaning: To make a bad situation even worse

Beat around the bush
Meaning: Avoid sharing your true viewpoint or feelings because it is uncomfortable

Beating a dead horse
Meaning: Giving time or energy to something that is ended or over

Bite the bullet
Meaning: To get an unfavorable situation or chore over with now because it will need to get finished eventually

Best of both worlds
Meaning: The choice or solution has all of the advantages of two contrasting things at the same time

Biting off more than you can chew
Meaning: Not having the capacity to take on a new assignment or task that is just too taxing

By the skin of your teeth
Meaning: Just barely making it

Don’t judge a book by its cover
Meaning: Not judging something by its initial appearance

Don’t count your chickens before they hatch
Meaning: Not to count on something happening until after it’s already happened

Caught between a rock and a hard place
Meaning: Making a choice between two unpleasant choices

Costs an arm and a leg
Meaning: Something that is overpriced or very expensive

Cutting corners
Meaning: Not performing a task or duty correctly in order to save time or money

Devil’s advocate
Meaning: To take the side of the counter-argument, or offer an alternative point of view

Feeling under the weather
Meaning: Not feeling well, or feeling sick

Fit as a fiddle
Meaning: Being in good health

Getting a taste of your own medicine
Meaning: Being treated the way that you have been treating others

Getting a second wind
Meaning: Having energy again after being tired

Giving the benefit of the doubt
Meaning: Believing someone’s story without proof even though it may seem unbelievable

Giving someone the cold shoulder
Meaning: Ignoring someone

Going on a wild goose chase
Meaning: Doing something that is pointless

Heard it on the grapevine
Meaning: Hearing rumors about someone or something

Hitting the nail on the head
Meaning: Performing a task with exactness

Letting someone off the hook
Meaning: Not holding someone responsible for something

Letting the cat out of the bag
Meaning: Sharing information that was intended to be a secret

No pain, no gain
Meaning: You have to work hard in order to see results

On the ball
Meaning: Doing a good job, being prompt, or being responsible

Once in a blue moon
Meaning: Something that doesn’t happen very often

Piece of cake
Meaning: A task or job that is easy to complete

Speak of the devil
Meaning: When the person you have just been talking about arrives

Stealing someone’s thunder
Meaning: To take attention away from someone by doing or sharing something before that person can do so

Straight from the horse’s mouth
Meaning: Reading or hearing something from the source

The last straw
Meaning: The last difficulty or annoyance that makes the entire situation unbearable

The elephant in the room
Meaning: An issue, person, or problem that someone is trying to avoid

Throwing caution to the wind
Meaning: Being reckless or taking a risk

Your guess is as good as mine
Meaning: To not know something

A snowball effect
Meaning: Something has momentum and builds on each other, much like rolling a snowball down a hill to make it bigger

An apple a day keeps the doctor away
Meaning: Apples are healthy and good for you

Every dog has his day
Meaning: Everyone gets their chance to do something big

Go down in flames
Meaning: To fail in a spectacular manner

Getting a second wind
Meaning: Having energy again after being tired or worn out

Having your head in the clouds
Meaning: Day dreaming, not paying attention

He/She is off their rocker
Meaning: Someone who is acting crazy or not thinking rationally

It’s always darkest before the dawn
Meaning: Things always get worse before they get better

It takes two to tango
Meaning: One person usually isn’t the only responsible party

Like riding a bike
Meaning: Something that you never forget how to do

Like two peas in a pod
Meaning: Two people who are always together

Run like the wind
Meaning: To run really fast

Through thick and thin
Meaning: Everyone experiences hard and good times

Weather the storm
Meaning: Enduring a trial or hardship

Can’t make an omelet without breaking some eggs
Meaning: You can’t make everyone happy

You can lead a horse to water, but you can’t make him drink
Meaning: You can’t force someone to make what is seemingly the right decision

Clouds on the horizon
Meaning: Trouble is coming or is on its way

Follow Me
Latest posts by Greg Secrist (see all)
← Commonly Confused Words: Then vs. Than How To Develop a Blog Content Strategy: A Start-to-Finish Guide →